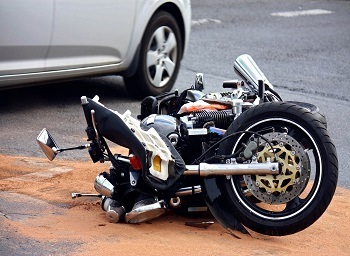 I’m Ed Smith, a Sacramento motorcycle accident attorney. A hit and run occurred on July 17 along the Cap City Freeway in South Sacramento that involved a motorcyclist and motorist. The motorcycle rider was reported as having been injured in the collision, and paramedics were called to the scene to make a medical assessment and provide help. It is unknown at this time how serious those injuries were or whether the rider was taken to a local hospital for further evaluation and treatment.

According to a report by the California Highway Patrol (CHP), the accident happened along the freeway just north of the J Street exit ramp a few minutes before 4:00 in the afternoon. This is when the motorcycle rider, on a Kawasaki sport-style motorcycle, was involved in an accident with a Toyota Sienna. The rider ended up in the center divide, and the motorcycle was removed from the roadway, which helped avoid creating a traffic hazard. No further information on the collision has been released at this point, and it is unknown whether the fleeing motorist was apprehended.

Because motorcycle riders do not have the protection of a steel enclosure around their bodies such as occupants of motor vehicles, they are more likely to suffer serious injuries or die in a collision. However, there are additional factors that mean a rider is at higher risk such as:

Ways a Motorcyclist Can Avoid an Accident

I’m Ed Smith, a Sacramento motorcycle accident lawyer. Bikers can be seriously injured in a motorcycle accident, particularly those precipitated by a negligent motorist. When that happens, you need the services of an experienced attorney. Call me at (916) 921-6400 or (800) 404-5400 for free and friendly advice. You can contact me online too if that is easier for you.

I’ve helped countless residents of Sacramento and throughout the Northern California cities to get the compensation they deserve in a variety of accident injuries, including traumatic brain injury.

I belong to the Million Dollar Advocates, a nationwide forum of trial attorneys who have negotiated a settlement or won a verdict for a client in excess of $1 million.

When accidents happen, you might want to learn about an attorney’s practice quickly. Look at the following pages and review comments by my peers and former clients as well as examples of how I resolved previous cases: