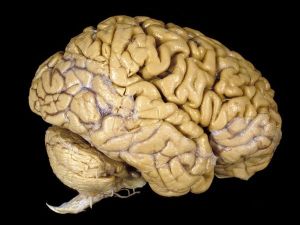 Symptoms of a Brain Bleed

Many people use cars for the work commute, the drive to school, and for pleasure transportation. Unfortunately, there is always a risk that a car accident can take place and it does not take a severe collision to cause a traumatic brain injury. Even a so-called “fender bender” can cause people to smack their heads on either the window, the headrest, or the dashboard. If this impact is great enough, it can cause bleeding in the brain. Head or brain injury is a medical emergency and can cause severe, irreversible symptoms that can even include death.

How Does it Happen?

Brain bleeding symptoms can occur from a variety of mechanisms commonly seen in car accidents. It is not unusual for a car struck on its side to cause a major impact between the window of the car and a driver or passenger’s head. If a collision is head-on, the driver or passenger’s head can collide with the dashboard, steering column, or headrest. Ultimately, the true question of whether or not there will be a brain bleed depends on the strength of this impact. When the skull strikes a surface, it comes to a sudden stop. The brain will continue to move and collides with the skull. This force could be great enough to cause a brain bleed.

Brain bleeding symptoms vary in type and severity depending on the kind of bleed, the severity, and the age of the patient; however, there are some symptoms that are more common than others. The most common symptom will be a headache. This headache will frequently occur suddenly after the impact. While almost everyone has a headache after a car accident whether there is brain bleeding or not, patients describe a headache associated with a brain bleed as a “thunderclap” headache or the “worst headache of my life.” These are warning signs that should be addressed. Any loss of consciousness or blood seeping from the ears, eyes, or nose should also be addressed immediately as this can be associated with a brain bleed.

The diagnosis of brain bleeding symptoms will always start with a CT scan. This is a radiological imaging technique that is specially designed to pick up fractures and bleeding in the brain. The CT scan creates an image based on density and the density difference between bone and blood is massive. This discrepancy in density ultimately creates a perfect image for diagnosing brain bleeds. If the brain bleed is small enough, it might be missed on a CT scan. In this case, an MRI is ordered. This scan takes longer and therefore is not the first choice for diagnosing a brain bleed, but it is important in tracking the progression of brain damage and can pick up smaller bleeds.

Treatment of brain bleeding symptoms will vary markedly based on the severity. If the brain bleed is significant, it could be life-threatening. In this case, a neurosurgeon will remove a portion of the skull to relieve pressure inside the head because if this pressure builds up, the patient could die. Once the pressure drops after the accident, the skull is replaced and allowed to heal. All patients will take anti-inflammatories to relieve the swelling in the brain because this is the most dangerous symptom. Any neurological symptoms will have to resolve on their own. Some may never reverse.

See a listing of our outstanding client reviews on these popular platforms: Yelp, Avvo, and Google.

Past Verdicts and Settlements.