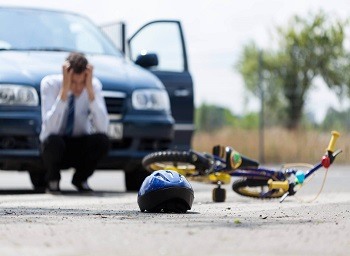 I’m Ed Smith, a Sacramento car accident lawyer. A bicycle rider died on June 19 at a local hospital after being struck by the driver of a motor vehicle around noon on the 17th. According to a spokesperson for the police, the driver, identified as Anthony Hernandez Vega, age 22, did have the right of way in the accident. Hernandez was arrested by police for being under the influence of marijuana, which is a misdemeanor. I would like to extend my condolences and prayers to the family and friends of the deceased in this time of sorrow.

Sacramento police reported that the accident happened near Pebblewood Drive and Truxel Road, close to the South Natomas Community Center. The driver remained at the accident scene where he was taken into custody. The investigation unit for major collisions in the department is in the process of examining evidence and talking to the witnesses. It is unknown at this time if the driver’s marijuana use contributed to the accident.

Marijuana Use and Accidents

According to California law, under Vehicle Code 23152(f) VC, a drugged driving charge that causes a serious injury can result in a prison sentence of six to 16 years. The penalties for drugged driving in California are the same as those for drunk driving.

Effects of Marijuana on the Brain

Marijuana contains Tetrahydrocannabinol (THC), which is a mind-altering chemical. This chemical is passed from the lungs to the bloodstream where it is taken to the brain, producing its effects within 30 to 60 minutes. It affects areas of the brain high in THC-sensitive receptors. Some effects are:

Since marijuana affects reaction time, the ability to react to changing conditions on the road is significantly reduced. It also interferes with decision making and problem-solving. For example, drivers consistently judge the distance between their vehicle and another, particularly at intersections, when deciding on whether they should wait for another car to pass or not. Someone who has smoked or imbibed marijuana will have varying degrees of trouble making that decision. Distances may seem distorted also.

Testing for Marijuana After an Accident

The presence of marijuana can linger in the bloodstream for weeks after it is used. Currently, there is no test for marijuana that can be used at the roadside, although several are in the works. Often, the driver has both alcohol and marijuana in his or her blood. The presence of both enhances the overall effects either one would have alone, causing a more dangerous situation.

Marijuana slows down thought processes and produces drowsiness. The terpenes in marijuana are aromatic compounds that are thought to make a user sleepy. Terpenes are also found in Chamomile tea. This aspect of marijuana, used before driving, may be responsible for drowsy driving.

Driving while fatigued claims numerous lives every year. Determining the exact number is difficult and requires investigative skill at an accident site. One way is to look for the presence of skid marks. If they are absent, it is a good possibility that the driver did not try to brake before hitting another object. This could lead an investigator to the assumption that an accident was caused by drunk driving, a medical issue or drowsy driving.

I’m Ed Smith, a Sacramento car accident lawyer. If you have been injured in a car accident by a driver who was impaired, you have the right to be compensated. Reach out to me at (916) 921-6400 or (800) 404-5400 for compassionate, friendly and free advice. You can contact me online also.

I’ve helped numerous Sacramento residents, including those from the wider Northern California area with all types of accidents in the more than 36 years since I’ve been in practice.

You may find it informative to look at the following pages to see reviews by former clients and peers:

If you want to see how I resolved prior cases, view my Verdicts and Settlements page.

I am a California member of the Million Dollar Advocates. We are a forum of trial lawyers who have won in excess of $1 million for a client.