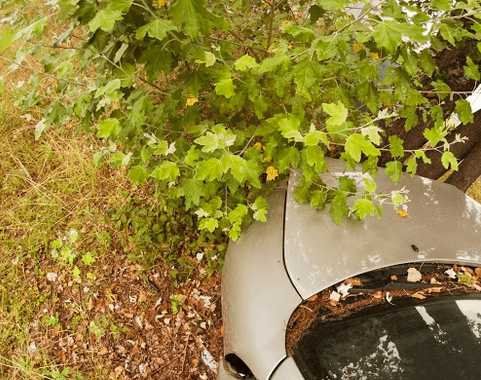 Auburn Area Crash Hospitalizes Two – The California Highway Patrol (CHP) reported that a one-vehicle collision that occurred north of Auburn on Thursday, October 4, 2018, left two people with injuries. Officers stated that the collision took place shortly after it had rained, noting that the roadway had been slick at the accident scene. So far, no updates regarding the condition of either injured vehicle occupant have been released by hospital staff. Additionally, CHP investigators stated that they are currently working to determine the factors that led to this traumatic accident.

The accident occurred just before 10:00 a.m. on Highway 174 south of Colfax. A gold-colored Dodge pickup truck had been traveling along the highway when it suddenly swerved. The truck continued off of the road and drove down an embankment, striking a tree head-on as it descended. The vehicle eventually came to a stop at the bottom of a ravine. Photos of the crashed pickup show significant damage to the front end of the driver’s side.

Responders were sent to the crash site immediately after the accident was reported to CHP dispatch. When they got to the accident scene, they found that the vehicle was occupied by three people. Two of the three people were taken to a nearby hospital. Responders stated that one of the injured individuals was able to walk up the embankment to the ambulance. However, the other had to be carried to the ambulance on a stretcher. The severity of their injuries was not reported.

Traffic was cut off to one lane close to the accident site along the windy portion of the highway near the Bear River Canyon turnoff. Additionally, no other vehicles were reported to have been involved in the wreck.

As an investigation continues, the CHP has not yet stated what they believe to have caused the crash. Common factors involved in accidents like this include roadway hazards such as large potholes or wildlife, faulty car parts including tires, brakes, and steering lines, dangerous driving behaviors, and more.

As the rainy season approaches, it is crucial for drivers to be especially careful. Slick roads can make it more challenging to maneuver vehicles. This means that it is more dangerous to navigate turns, avoid roadway hazards, and more. To stay safe, drivers should make sure that their tires are in good condition, as bald tires can make driving in wet conditions even more hazardous. Drivers should also slow down in general, as increased speeds can make it more difficult to recover control of a vehicle on wet roads.

Since 1982, I have helped residents of Auburn get the money they deserve for wrongful death and personal injury claims.

See my Verdicts and Settlements and read reviews of my work at:

I’m a part of the national group of trial lawyers with a previous settlement or verdict worth at least $1,000,000, the Million Dollar Advocates Forum.

You can go to AutoAccident.com for the top Northern CA info, data, and news about local accidents and personal injury.