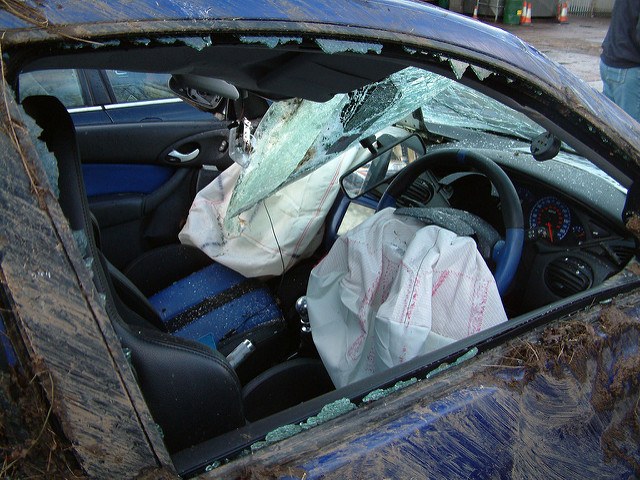 Airbags were first invented in 1952 but were not in common use until the 1990s. They were designed to be a safety cushion in automobiles and are now considered mandatory according to federal safety standards. Airbags are designed to deploy during a front end collision and are meant to prevent serious injury to the driver or front-seat passenger.

Airbags have done much to reduce the number of fatalities in motor vehicle accidents, but they have the potential to cause injuries as well. Some injuries are due to failure of the airbag to deploy, while others are injured from the explosive outburst of the bag. Some cars are equipped with computers or mini-televisions in front of the airbag. These can become projectiles in a car accident, causing injuries or fatalities.

The most common airbag injuries are somewhat minor, including abrasions of the skin, hearing loss, head injuries, and eye injuries. More moderate airbag injuries include having a broken nose, broken fingers, broken arms, broken fingers, fractured ribs, and facial lacerations. Skin burns can happen because of the heat given off when an airbag explodes. Most burns are second degree and are located on the arms, chest, and face.

Some airbag injuries have been known to be fatal, particularly in kids and in short people or elderly people. More than 290 deaths were caused by front end airbags between 1990 and 2008. More than 90 percent of the fatalities were infants and children because they were not wearing seatbelts and had their heads near the airbag at the time of deployment.

Even side airbags have caused injuries including spleen injuries and rib fractures. Injuries have occurred in the elderly, in children and in middle-aged drivers. In one study, patterns of injury from airbag injuries were studied. In unrestrained drivers, the most common serious injuries were flexion injuries of the cervical spine and/or the thoracic spine along with fractures of the face and sternum. These are from the body folding forward over the airbag at the time of deployment.

In restrained drivers, the most common severe injury was an extension injury of the cervical spine. This is from the neck-snapping back with the body stationary because of the restraint and the airbag. This kind of injury can easily lead to quadriplegia. While injuries such as this one are severe, it may easily have been a fatality without the airbag.

There are things you can do to prevent airbag injuries. You need to put 10 inches between your chest and the steering wheel so you aren’t close to the airbag on deployment. Pregnant women are at special risk and should not drive if they can avoid it. The seatbelt needs to sit around the pelvic bones and not around the abdomen. Infants should never sit in the front seat, even in rear-facing car seats. Their delicate heads are too close to the passenger airbag, especially in rear-facing seats. Kids should not lean against the door if there are side airbags. This puts them too close to the airbag, should it deploy.