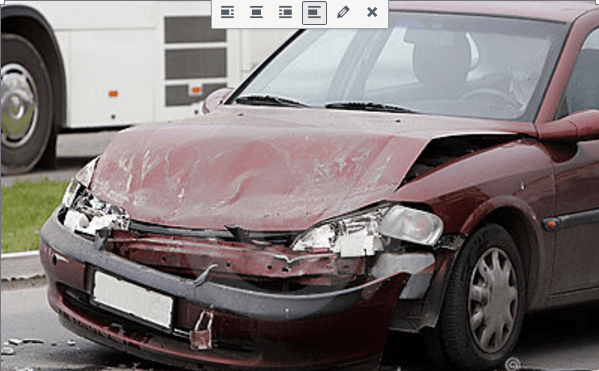 On Saturday, July 8, 2017, one individual sustained serious injuries in a multiple vehicle Benicia collision. More about this accident can be found by reading below.

The California Highway Patrol (CHP) released reports indicating that the accident took place at around 10:14 p.m. on the eastbound section of Highway 780 only a short distance west of the off-ramp at 2nd street.

According to the report from CHP, a pickup truck that had been driving on the highway collided with a green four-door sedan. CHP noted that it is not clear exactly what caused the collision or how it happened.

Emergency medical responders were immediately dispatched to the scene of the Benicia collision. When they arrived, they found that one individual who had been involved in the accident was lying down on the right-hand shoulder of the highway. The man was discovered to have suffered serious traumatic injuries and was rushed to a nearby hospital for emergency medical treatment. No other persons who were involved in the collision were reported to have been injured.

According to CHP’s report, witnesses of the accident saw an individual running away from the scene. The person reportedly hid in a patch of bushes on the highway’s right-hand shoulder before jumping over a small wall and returning to the scene of the accident. Officers have not commented on why they believe the individual did so.

CHP did not report what they believe to have caused this accident and the incident remains under open investigation. Possible factors that contributed to this type of accidents include driving under the influence of intoxicating substances, driving over the speed limit, driving while distracted, and more.

This collision has occurred not long after a few other vehicle accidents in the Benicia area. One such accident happened on Thursday, June 22, 2017, when a rollover collision sent an occupant of a red four-door sedan to a hospital. CHP reported that the vehicle drove off of the roadway, drove a short distance up an embankment on the side of Highway 780, and rolled back down to the shoulder of the road.

Another recent Benicia car accident occurred on March 4, 2017, when a vehicle towing a trailer full of rocks overturned on Highway 780 and spilled its cargo across the freeway. Debris from the trailer necessitated a shutdown of all of 780’s lanes that lasted over an hour. According to reports from officials, none of the people involved in the collision received any injuries.

I have been helping Benicia’s families and individuals to receive compensation for damages in claims that include personal injury and wrongful death for over 35 years.

My clients’ reviews and ratings are located on Yelp, Google, and Avvo.

I’m happy to be a California chapter member of the Million Dollar Advocates Forum. This forum is for excellent U.S. trial attorneys that have won verdicts or else settled cases worth at least $1 million.

I’m the lawyer who founded AutoAccident.com, the Northern California region’s number one site for info on vehicle accidents and personal injuries.