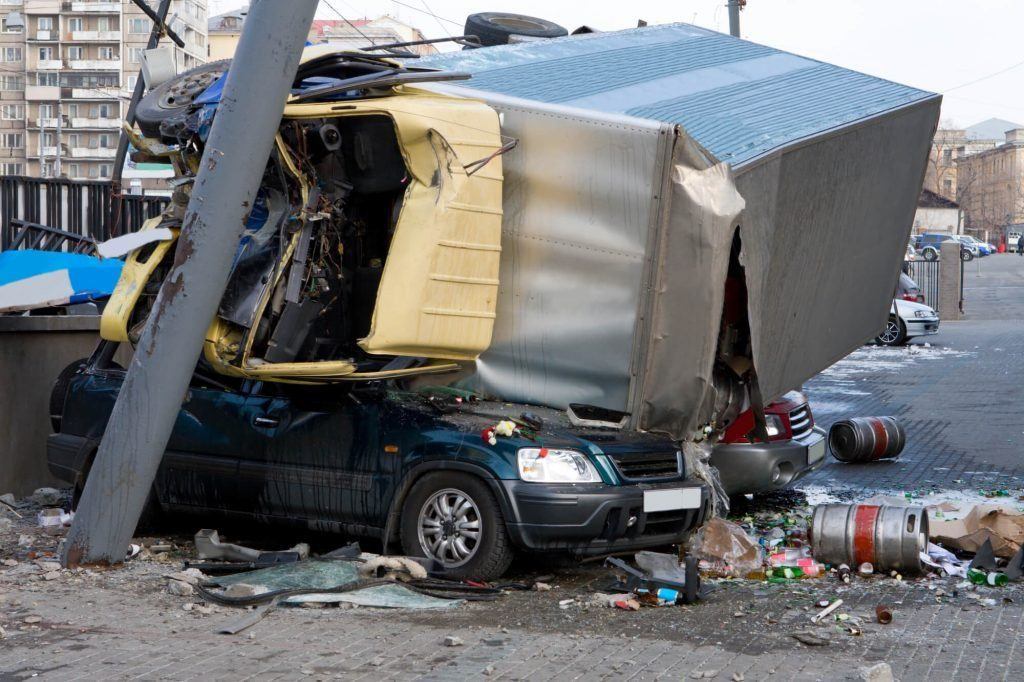 A box truck accident on Highway 41 blocked traffic for hours as first responders worked to free three critically injured victims. I would like to take this opportunity to offer my wishes that they recover quickly and fully.

According to reports issued by the California Highway Patrol (CHP), an accident occurred at about 2:30 in the afternoon near the exit for Friant Road when a stopped vehicle was rear-ended. This caused a box truck to roll over on the roadway, blocking all traffic heading north up to Bullard Avenue.

At 3:13, the California Department of Transportation alerted drivers that the lanes in the northbound direction were blocked to traffic. Drivers were asked to reroute to Herndon Avenue. The lanes on the northbound side of Highway 41 reopened to vehicular traffic about two hours after they were closed at 5:00 in the evening.

Injuries in the Accident

There is no word concerning the nature of the injuries. What is known is that responders from the fire department in Fresno were able to extricate three individuals from one of the vehicles. It was reported that they were in critical condition and were transported to a medical center equipped for trauma patients.

A rear-end accident is one where one vehicle hits the rear portion of another. According to the National Highway Traffic Safety Administration, 30 percent of all accidents are identified as rear-end accidents in the United States annually. Many times, such accidents lead to catastrophic injuries, such as spinal cord damage with paralysis, particularly when a large truck hits the front vehicle.

When a truck attempts to brake suddenly or maneuver sharply away from the lead vehicle that has slowed or stopped ahead, the truck is at risk of overturning. A truck, due to its weight and size, is unable to stop quickly and could take about the length of a football field to halt completely. Even if the speed at which the truck hits a lead vehicle is reduced, the impact is strong enough to cause serious or fatal injuries. Inattention on the part of the trucker is often considered to be the cause.

Cause of Rear-End Accidents

A causation study performed by the NHTSA found that the single most common reason rear-end accidents occur is due to driver inattention. Crashes usually occur at slower speeds as opposed to near-crashes, according to the study. Over 80 percent of crashes occurred where the lead vehicle had stopped. Male drivers in the 20 to 34 age group are more likely to have a rear-end crash by factors of 1.2 percent and 1.9 percent respectively.

Even when the accident occurs at low speeds, the chance that traumatic injuries might occur is high. One of the most common injuries suffered in this type of crash is cervical strain due to the rapid forward and backward force on the spine when hit from behind. Other common injuries are:

Liability in a Rear-End Accident

Generally, it is presumed that the driver in the rear vehicle is at fault in a rear-end collision. There are instances, however, where this is not the case. Sometimes, the lead vehicle fails to use emergency lights or their brake lights fail. In such a case, the lead vehicle driver would share some of the responsibility for the damages in what is called a comparative fault.

I am Ed Smith, a Fresno truck accident lawyer. Accidents with trucks can cause significant injury or death. If you or someone you love was hurt or killed by a negligent driver, you may require friendly and free advice from an injury lawyer. Phone me directly at (559) 377-7676 in the immediate area and (800) 404-5400 throughout the country. You can also go online to contact me.

I have worked with clients from Fresno and other areas in Northern California since 1982 to ensure that they received the compensation they deserved whether it was a car accident or a wrongful death.

If you are looking for more information about my practice, go to Yelp, Google or Avvo. You can also find how I resolved cases on my past settlements and verdicts page.

You are on AutoAccident.com, a premier informational site about personal injury. I established this website and own it.

I am a long-standing member of the Million Dollars Advocates, a forum of top-rated trial lawyers from around the nation. We have all won $1 million verdicts and settlements for clients.