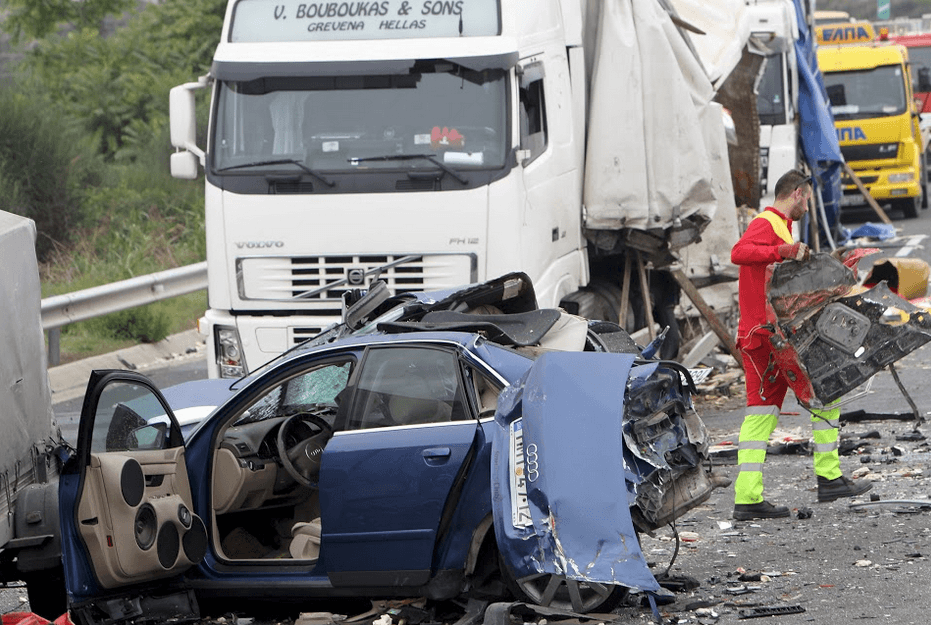 Yuba City Area Semi Crash Kills Two– According to California Highway Patrol (CHP) officials, two people lost their lives during a crash that took place in Sutter County during the morning of Monday, October 8, 2018. Officers reported that the collision occurred at a highway location south of Yuba City near the small city of Nicolaus. Reports stated that the crash involved two passenger vehicles and a commercial semi-truck. The fatally injured individuals were identified by county officials as Levi Miller, a 20-year-old resident of Live Oak and Shane Sturges, a 32-year-old resident of Yuba City. Both had been occupants of a pickup truck.

My condolences and prayers are with the mourning families and friends of Mr. Sturges and Mr. Miller.

CHP reported that the crash took place just after 6:00 a.m. Sturges had been driving his Ford pickup truck southbound on Highway 99 around 2 miles to the north of Sacramento Avenue. At the same time, a semi-truck without an attached trailer driven by a 49-year-old Los Banos man had been heading north on the same highway, approaching the location of the pickup.

For reasons that are not currently known, the semi-truck drifted out of its lane into the southbound side of the highway, entering the direct path of the pickup truck. Sturges attempted to avoid the semi but was unable to. The two vehicles collided, each striking the driver’s side of the other.

After the initial collision, a Ford came to a stop in the number two lane of the highway. The semi continued to travel north in the southbound lane. Eventually, a Toyota pickup driven by a 35-year-old Yuba City resident approached the semi from behind. The second pickup struck the semi from behind, and both vehicles came to a stop on the southbound portion of the highway.

Responders at the accident site found four occupants inside of the Ford pickup. Sturges and Miller had been the driver and rear-passenger on the driver’s side. Both men were found with severe injuries and were sadly declared deceased by officers at the scene. The two vehicle occupants of the Ford’s passenger side were reportedly not injured. Both the driver of the semi and the Toyota pickup suffered minor injuries.

CHP says they are still at work investigating this collision. Officers have stated that driver intoxication is not suspected as a crash factor and that all parties had been wearing seatbelts at the time of the incident.

Large trucks are most often owned by companies who operate multiple commercial vehicles. These companies are well aware of the dangers of driving such a large vehicle and usually have a legal team ready to begin working immediately after an accident occurs. For this reason, it is vital that those who’ve been affected by fatal trucking accidents seek help from an attorney right away. To learn more about why it’s important to take quick action, watch the following video:

I’m Ed Smith, a Yuba City and Marysville wrongful death lawyer. If you’ve lost a loved one in a preventable accident, please reach out and call me at (530) 392-9400 or (800) 404-5400 for free, friendly advice regarding what options are available to you. You can also reach me by messaging me online.

Read some of my many Verdicts and Settlements.

My wonderful clients have left reviews of my work here:

I’m one of Million Dollar Advocates Forum’s California chapter members. Trial attorneys of this group have either won or settled a case in which their client received over one million dollars.

The most accurate and relevant information on wrongful death, car accidents, and personal injury in Northern CA can be read at AutoAccident.com.