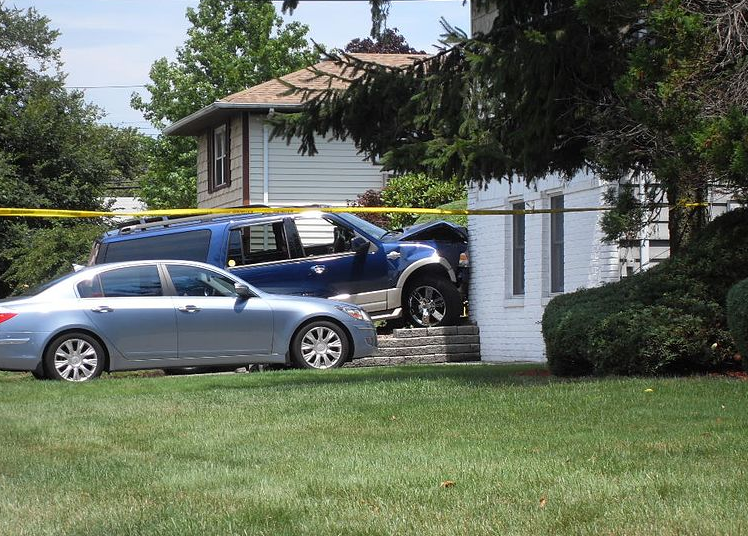 I’m Ed Smith, a Vallejo car accident lawyer. On Saturday, July 1, 2017, a car accident involving only one vehicle caused injuries that hospitalized an individual and damaged a local residence’s gas lines. The available details regarding this incident and more can be found below.

According to the Vallejo Fire Department (VFD), who responded to the collision, the accident occurred at around 3:30 p.m. when a black sedan drove off of the roadway for unknown reasons. After exiting the road, the vehicle drove over a driveway, through some small trees, and into the front corner of a house on the 400 block of Holly Street in Vallejo.

When the vehicle collided with the house, it damaged the exterior gas meter and caused a dangerous release of natural gas.

VFD consultant William Tweedy noted that when firefighters arrived at the scene of the collision, they discovered that the driver was still in the vehicle. Upon further inspection, responders reportedly found that the driver had sustained major injuries and transported him to the nearest hospital for treatment.

Exactly what kind of injuries the driver sustained has not been reported by medical officials. The severity of the driver’s injuries is also unreported as of yet.

Tweedy indicated to reporters that, after removing the driver from the vehicle, firefighters determined the gas leak to be a significant safety hazard and worked quickly to stop the explosive gas from leaking.

Eventually, officials from PG&E came to the site of the accident to assess the damaged pipes and their danger. PG&E ultimately reported that the hazard had been sufficiently contained.

This incident is currently being investigated and officials are attempting to determine what caused the driver to travel off of the roadway. Investigating officials have not indicated whether or not they think driving under the influence of alcohol and/or drugs was a factor in this collision.

According to data compiled by researchers at the University of California at Berkeley, accidents in which a driver strikes an inanimate object have been the third most common type of collision to cause injuries in Vallejo during the past four years. Additionally, collisions with objects accounted for 12 percent of all injury-causing collisions during this period of time.

The only types of collisions to cause more injuries in Vallejo over the past four years have been rear-ending and broadside accidents.

I’m Ed Smith, a Vallejo car accident lawyer. Vehicle collisions often have serious consequences. If you or somebody important to you has been seriously hurt in a vehicle accident, call my office at (707) 564-1900 for friendly advice with no charge. If calling from another area, you can call (800) 404-5400, free of charge.

I have helped people living in Vallejo with reclaiming fair compensation in cases that involve personal injuries and wrongful death since the year 1982.

My client’s comments, ratings, and reviews can be viewed on: Avvo, Yelp, and Google.

Some of our Past Verdicts and Settlements can be read here.

I started AutoAccident.com, the top site in Northern California for information on personal injuries and car accidents.