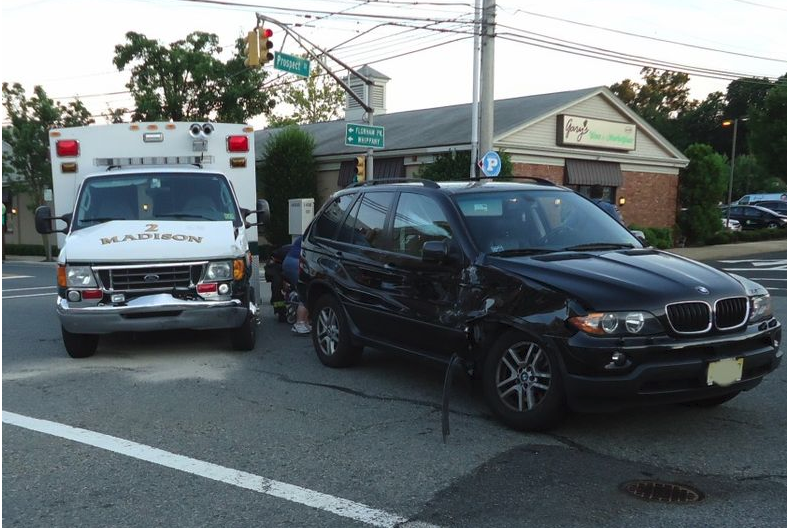 I’m Ed Smith, a Vallejo car accident lawyer. According to officers of the Vallejo Police Department (VPD), a Vallejo Fire Department (VFD) vehicle and an ambulance that had been driving to separate accidents collided with each other on Saturday, September 30, 2017. The collision reportedly left three individuals with traumatic injuries.

Police reports indicate that the collision occurred in the morning on Saturday at approximately 9:48 a.m. at the intersection of Florida Street and Sonoma Boulevard. The medic ambulance had reportedly been driving east on Florida Street with its emergency lights flashing and sirens on while the fire department vehicle, a Ford Explorer, had been heading south on Sonoma Boulevard, also with its lights and sirens active.

The two vehicles both entered the intersection at the same time and struck each other. During the collision between the two emergency vehicles, a Nissan Altima that had been near the intersection also became involved in the accident and sustained relatively minor damages.

Available video footage of the aftermath of the collision shows that the ambulance sustained major damages and rolled over on its side during the accident. The SUV is shown on the sidewalk after having collided with the facade of a business on Sonoma.

According to the police report, three emergency personnel sustained injuries during the accident and were all taken by ambulance to a hospital for treatment. Medical officials later reported that the injured responders had not sustained any major injuries and were released later in the day.

No other injuries were reported to have occurred as a result of this accident.

VPD is actively investigating the collision in order to better understand the factors that caused it. Anybody who think they may have relevant information that could aid investigators has been asked to call VPD’s Traffic Division at (707) 648-4014.

Under California law, those injured in accidents normally have two years after the date of an accident to file claims. However, lawsuits against government entities have different regulations. Those filing personal injury lawsuits against government entities are required by both state and federal law to do so within 180 days of the date that an injury or death occurred.

While this law is in place mainly to allow the government to address any defects or dangers that may have caused an accident, it also gives the government a large advantage over injured parties who may not know about these time constraints.

Suing the government for injuries is difficult and requires intimate knowledge of both the Federal and California Tort Claims Acts. An injury lawyer with experience handling these cases will be able to defend your rights and make sure that you are fully compensated for your emotional, financial, and physical damages.

I’ve helped Vallejo residents claim the funds that they are owed in cases of personal injury and wrongful death since 1982.

I’m in the Million Dollar Advocates Forum, a forum for trial lawyers with previous settlements or verdicts valued at over $1 million.

AutoAccident.com is Northern California’s leading internet tool for getting valuable info and news about car accidents and personal injury.