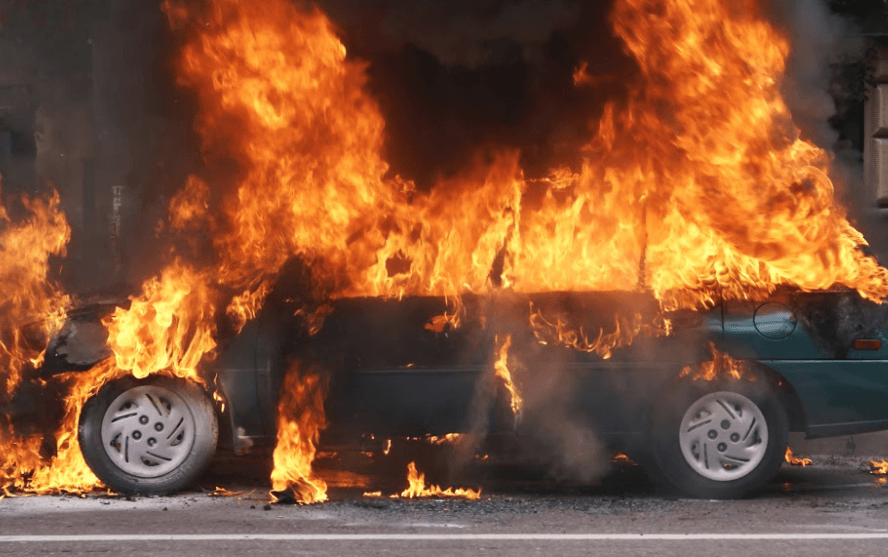 Vallejo Driver Critically Injured – Vallejo Police Department (VPD) officials have reported that a Vallejo man was severely injured during a collision that occurred on Saturday, September 1, 2018. Officers who responded to the accident said that it involved only a single vehicle and happened just after sunrise. The collision reportedly caused a fire that eventually burned the entire car. The identity of the injured man has not yet been reported by local officials. The man remained in grave condition at a local hospital as of Tuesday, September 4, 2018. My support and prayers are with the injured man and his family after this tragic event.

VPD stated that the crash took place at around 7:20 a.m. A man had been driving a Kia Optima eastbound on Overland Alley to the west of the Sutter Street intersection when his car suddenly veered off of the roadway. After the vehicle exited the road, it continued a short distance before striking a wooden fence. The collision reportedly caused the car to catch fire. Further details about the crash were not available at the time of reporting.

VPD first received a call reporting the crash at 7:23 a.m. and immediately sent responders to the accident site. Officers arriving at the scene found the Kia completely covered in fire. The driver of the vehicle was found a short distance away from his car. Responders said that the man had suffered severe burn injuries and was rushed by ambulance to an intensive care unit in a nearby hospital.

Investigators from VPD say that they are working to determine what factors were involved in this collision. Officers stated that they do not know whether or not the driver had been under the influence at the time of the accident, but are attempting to find out. Accident factors that are frequently the cause of collisions like this one include vehicle defects, medical emergencies, hazards in the roadway, and more.

VPD has asked that anybody with information about this accident get in touch with them to help officers in their investigation. Callers can contact the VPD Traffic Division by calling (707) 648-4329 to report what they know.

Those injured in accidents are often able to seek repayment for their losses. However, finding a good attorney to represent you isn’t always an easy task. To learn more about how to pick a good Vallejo car accident lawyer, watch the following YouTube video: Holistic Personal Injury Attorney.

I’m Ed Smith, a Vallejo personal injury lawyer. Being injured in an accident can have serious consequences. If you or a loved one has suffered severe accident trauma, call me at (707) 564-1900 or (800) 404-5400 or send me a message online to get free, friendly case advice.

See my Verdicts and Settlements to learn more about my work. Additionally, browse my client reviews at:

I am in Million Dollar Advocates Forum. Group members have resolved a case which exceeded $1,000,000 in value.

My website is the top online source in Northern CA for finding news, data, and info about local car accidents, wrongful death, and personal injury – AutoAccident.com.