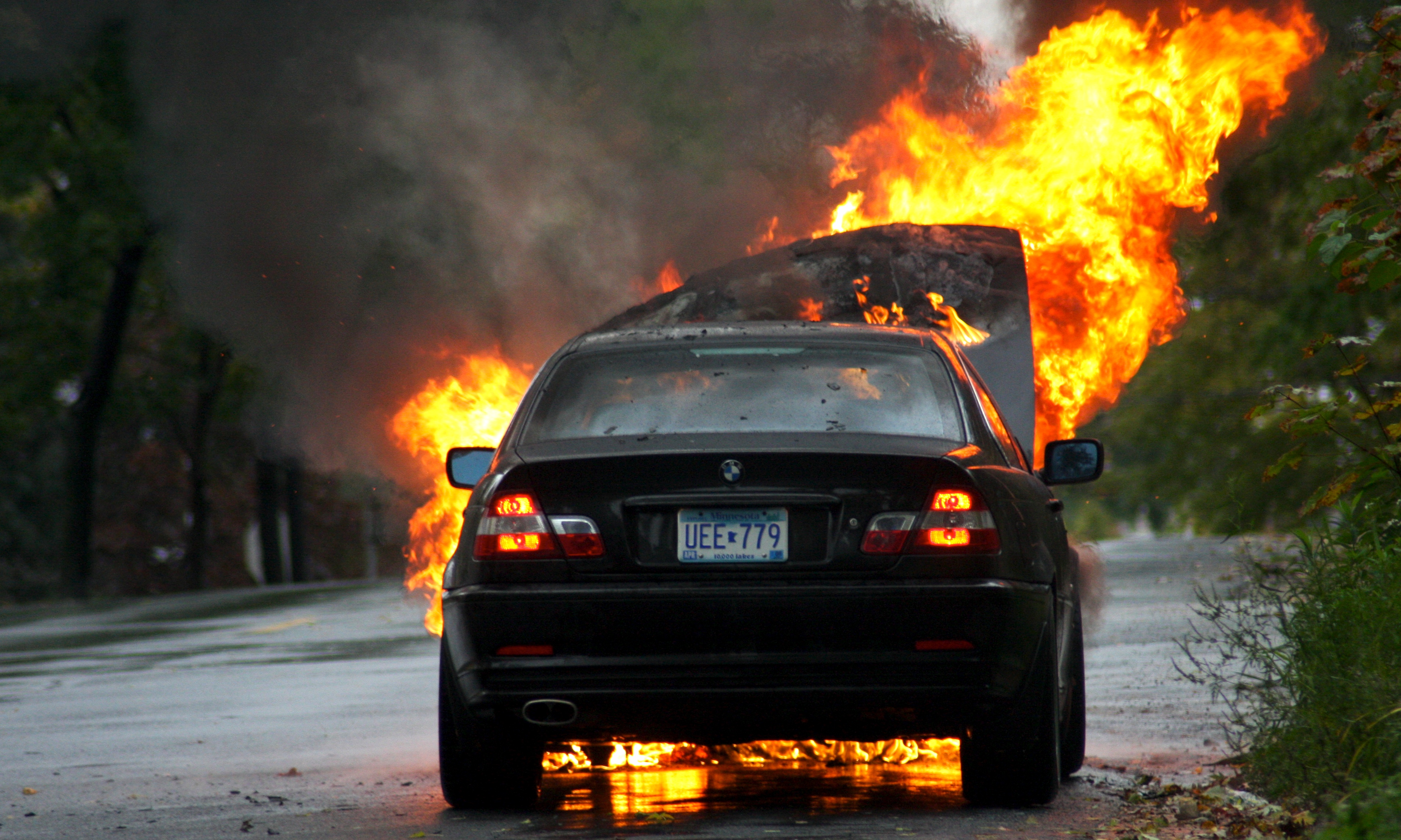 I’m Ed Smith, a Vallejo car accident lawyer. On the afternoon of Thursday, June 22, 2017, a car fire damaged multiple homes and resulted in shutdowns along highway Interstate 80. The full story is below.

California Highway Patrol (CHP) reported that the car fire first ignited at 12:40 p.m. on the eastbound side of Interstate 80 close to the Carquinez Bridge’s toll plaza, a short distance west of the exit for Sonoma Boulevard. The driver of the vehicle pulled over, exited the burning vehicle, and left it on the side of the road. It is currently unknown how the car first caught fire, although authorities are investigating what caused the incident.

According to official reports, the fire quickly spread to nearby hillsides. The dry vegetation, in combination with a breeze,, caused the fire to rapidly increase in size and spread toward the Bayhurst Drive neighborhood. By 4:30 p.m., the blaze had engulfed 40 acres of land.

The Vallejo Fire Department (VFD) released a report indicating that at least 4 homes on Bayhurst Drive were damaged by the fire. Eventually, the entire 100 block of Bayhurst was reported to be threatened and residents were evacuated. Red Cross set up an operation in the parking lot of a nearby middle school and offered emergency services such as water and first aid to the area’s impacted residents.

So far, no traumatic injuries have been reported to have occurred as a result of the fire.

Initially, members of the community responded to the fire. Those in the area began to protect the backs of the homes along the threatened hillside with water hoses until VFD showed up.

Eventually, VFD found that they could not contain the fire by their own means and called in for assistance from nearby fire departments as well as Cal Fire, who used airplanes to drop flame retardants along the threatened areas.

The fire departments of Fairfield, Cordelia, Vacaville, Benicia, American Canyon, and Crocket all assisted in containing the blaze. Additionally, the city of Vallejo activated their Emergency Operations Center in response to the incident. The fire was reported to be fully contained at 4:30 p.m.

Reports indicate that all eastbound lanes of Interstate 80 near the toll plaza were blocked as of 1:34 p.m. Officers began to let traffic pass through one lane at 2:30 p.m. but kept the lanes close to the fire closed.

Accidents that involve fires usually present a serious risk of burn injuries. Burn injuries have the potential to be extremely painful and recovering from them can often require ongoing medical care including physical therapy or even plastic surgery. Additionally, very severe burns can limit the movement of limbs as well as the body’s ability to move.

I’m Ed Smith, a Vallejo car accident lawyer. Accidents often have serious consequences. If you or an individual who is important to you has suffered significant injuries in a vehicle accident, call me at (707) 564-1900 to receive some friendly and free advice. In other area codes, you can contact me using this toll-free telephone number: (800) 404-5400.

Since 1982, I’ve helped residents of Vallejo with their claims including wrongful death, personal injury, or both, to obtain the recompense they legally deserve.

Many of my client reviews and ratings can be found on: Google, Yelp, and Avvo.

I am in the Million Dollar Advocates Forum. This is a forum for top-rated U.S. trial attorneys. All members have successfully obtained verdicts or negotiated settlements with valued at over $1 million.

I started the site AutoAccident.com. It’s the best website in Northern CA for getting current, practical information on personal injuries and car collisions.