A two-vehicle crash in the Regency Park area of Natomas resulted in one driver being transported to a local hospital with injuries. The accident happened around 1:47 p.m. on January 15 between two Toyota sedans along Sageview Drive and West Elkhorn Boulevard, according to a report by the Sacramento Police Department. One of the vehicles had significant front-end damage. The other Toyota sedan showed damage to the driver’s side of the vehicle. Emergency responders with the Sacramento Fire Department transported the injured person; however, the extent of those injuries was not reported. Traffic became congested due to the two-vehicle crash, and motorists were advised to seek an alternate route. The incident is being investigated by the Sacramento police to determine the cause and to assign fault.

Around 95 percent of all two-vehicle crashes involve driver negligence. Around half of those accidents happen at or near intersections. This is because, at intersections, traffic includes vehicles converging from multiple directions. The danger is compounded because of pedestrians, motorcyclists, and bicyclists. Some ways in which motorists can be negligent and cause a two-vehicle crash include:

How an Experienced Lawyer Can Help in a Two-Vehicle Crash

Those who have suffered an injury because of someone else’s negligence can face high medical costs, unpaid time off work, and other expenses. An experienced personal injury lawyer may be able to help you get the compensation you need to pay those expenses. Our investigators head to the crash site right away to gather the evidence needed to support your compensation claim. They talk to the witnesses and check over the police report for mistakes. The investigators perform accident reconstruction and search for traffic and business cameras that may have caught the crash on tape. Once all the evidence is compiled, the investigators turn it over to our lawyers who will use it in negotiating for you with your insurance company or to build a strong case in civil court.

When you are looking for advice from a personal injury lawyer, it’s a good idea to know something about the firm. You can look over cases previously handled by my firm and clients’ reviews at the following:

I have successfully handled many cases for the residents of Natomas and Northern California for more than 38 years. This includes wrongful deaths, truck collisions, and traumas such as brain injuries.

As a member of the Million Dollar Forum, I join other lawyers who have won more than $1 million for a client. In addition, I’m a proud member of the National Association of Distinguished Counsel, which invites only those lawyers who display the highest standards in the legal profession.

Following is a list of accidents that occurred within the Sacramento metropolitan area on September 28, 2020. 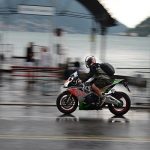