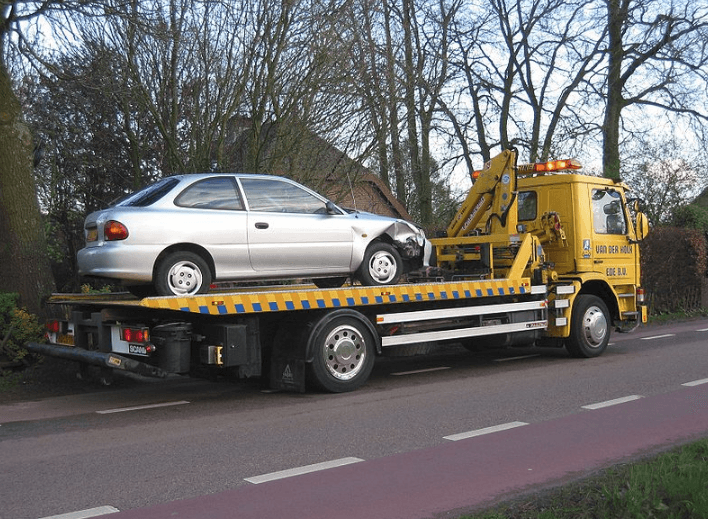 Authorities from the California Highway Patrol (CHP) issued a report indicating that the wreck occurred on southbound Highway 29 at approximately 8:53 a.m. near a traffic signal at the Highway 121 intersection.

CHP Captain Steve Becker reported that the auto accident involved two vehicles, a sport-utility vehicle and the pickup truck of a local contracting company. The specifics of how the vehicles collided were not included in CHP’s report.

Emergency officials indicated that two individuals involved in the accident received traumatic injuries. Both injured persons were taken by ambulance to a nearby hospital for treatment. Neither of the individuals was reported to have sustained life-threatening trauma and are expected to fully recover.

When the crash occurred, the contractor’s truck spilled a load of staples and nails onto the roadway. Both of the highway’s southbound lanes were closed for about half an hour while officials from Napa City and County Fire Departments, the Napa Police Department (NPD), and CHP responded to the accident scene.

Fire crews reportedly spent around 45 minutes removing the thousands of nails and roofing staples spilled from the truck as well as vehicle fluids that leaked from both of the wrecked automobiles. Caltrans ultimately dispatched a specialized machine to the crash site that magnetically swept up the dangerous metal debris. Officials said that the metal shards could cause a popped tire which could lead to another injurious auto accident.

Reports indicate that the highway shutdown caused major traffic stoppage in the area, causing a backup that stretched north all the way to the Imola Avenue interchange.

An investigation into the causal factors of this incident is currently being conducted by authorities. CHP has not made any indication as to whether or not DUI is a suspected factor. Other possible crash factors include speeding, traffic signal violations, defects of the roadway, failure to allow another vehicle the right-of-way, driving while distracted by a mobile device, and more.

Although the factors that caused this crash to happen are currently unknown, more and more collisions are being caused by distracted driving in the U.S. every year. In fact, a national poll revealed that 49 percent of adult drivers admit that they text while driving even though 98 percent of those same drivers also admit that they know doing so increases their risk of being involved in a serious crash.

It can be hard to determine if a driver was not paying attention to the road at the time of an accident, but doing so constitutes negligent behavior and negligent drivers can often be held responsible for the various damages their actions cause. Learn more here.

Residents of Napa with cases of wrongful death and personal injury have trusted my legal assistance in claiming fair injury recompense since the year 1982.

Go to Google, Avvo, or Yelp to read my client feedback.

I’m in the Million Dollar Advocates Forum, a U.S. group for trial lawyers who’ve negotiated settlements or obtained court verdicts worth $1,000,000 or more.

Visit AutoAccident.com for the best information and news on auto accidents and personal injuries in Northern CA.