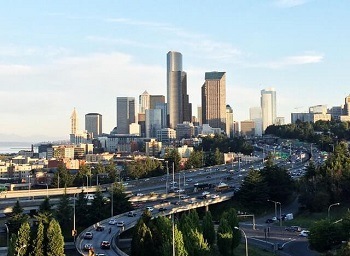 I’m Sacramento car accident lawyer Ed Smith. An early morning crash on April 12 between two vehicles along State Route 99 in South Sacramento caused injuries after one of the cars reportedly overturned multiple times. The accident was reported shortly before 8:00 during the morning commute at the Sutterville Road exit ramp along State Route 99 between a Toyota Yaris and a black Dodge Avenger. According to a report by the California Highway Patrol (CHP), the collision caused the Dodge to collide with a tree. An off-duty officer who witnessed the crash reported that one of the vehicles involved in the accident overturned several times before coming to a rest. The slow lane was blocked due to the collision, and an ambulance was called to attend to those who were injured. No word has been released on the names or conditions of those who were involved in the crash.

Accidents, when vehicles enter or exit a highway, are among the most common types of car accidents. A report issued by the National Institutes of Health, which examined ramp accidents, said that exit ramps constituted the location for 36 percent of crashes. This type of collision commonly occurs after dark, along curves in the ramp and during inclement weather. Run-off-road accidents were the most common type of crash at exit ramps, and drunk driving was a common factor in 14 percent of the crashes.

On-ramp accidents occur 16 percent of the time. At entrance ramps, sideswipes and rear-end collisions are the most common. Speeding was a common factor and involved merging vehicles that ran into other cars.

Lousy engineering can lead to ramp accidents. This can include ramps that are too short, the wrong type and configuration and problems with acceleration and deceleration lanes. Government entities are responsible for the construction and maintenance of highway ramps. However, in the event of an accident caused by a defective ramp, the timeline for filing an injury or wrongful death claim is much shorter. In California, the statute of limitations for filing a claim is six months, unlike other types of personal injuries. This is why it is a good idea to file as soon as possible with the help of an experienced car accident lawyer.

Car accidents cause many severe injuries every year. Following are some of the most common types:

I’m Sacramento car accident lawyer Ed Smith. If you were involved in an accident caused by the negligence of another person or have a family member who was, you may be entitled to fair compensation to pay your medical and other bills. For friendly and free advice, contact me at (916) 921-6400. Our toll-free number is (800) 404-5400. On my website, I also offer a “contact us” form.

Since 1982, I’ve practiced as a Sacramento injury lawyer helping many city residents and those from around Northern California with wrongful deaths and serious injuries.

Since I have won client cases totaling at least $1 million, I joined other top trial lawyers as a Million Dollar Forum member.

Discover more about my legal practice by visiting the following sites for information on prior cases and client reviews:

Photo Attribution: By “SnapWire” via Pexels