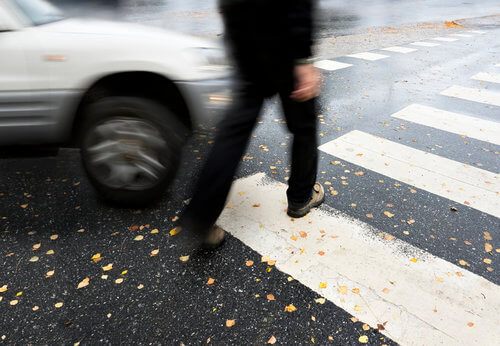 Yesterday, on June 23, 2015, one man was killed and a woman was injured in South Sacramento after being struck while walking in a gas station parking lot.

You can check out the CBS report and KFBK reports here.

A car driven by an elderly woman in her 80s was just leaving a recycling center when she accelerated and hit the two people. The accident happened around 9:30 am in the morning during ideal summer conditions. The man died of his injuries but the woman was being treated for serious but non-life-threatening injuries and is expected to survive.

While age may or may not have been a factor in the collision, the incident serves as a reminder that when exiting from places of business drivers need to look for and be aware of pedestrians in addition to oncoming cars before proceeding to merge into the flow of traffic. This accident is still under investigation.

In another incident, on Friday, June 19,2015 at approximately 3:45 pm, a 49-year-old woman was killed and five others were seriously injured.
A Nissan Versa being driven by a 65-year-old man inexplicably accelerated, lost control, and drove into a group of pedestrians near a bus-stop. The vehicle continued on about 50 feet away, dragging two women with it.

One woman was fatally injured and pronounced dead at the scene. Another woman sustained critical injuries but was in stable condition. A heroic tow truck driver who happened to be passing by at the time stopped and hitch to lift the car off the victims. Another adult and two other children were also in the destructive path of Nissan. There were many concerned citizens who stopped their cars in an attempt to see what they could do to help. The cause of this accident is likewise under investigation. A witness to the accident stated that it appeared the driver was falling asleep at the, became alert, then hit the gas, prior to hitting the family at the bus stop. Investigators of the Vallejo Police Department said that marijuana was found at the scene in the car. The driver had just left a medical marijuana dispensary nearby before the crash. It’s not clear though, whether drugs or alcohol were a factor in the accident.

A Sacramento Pedestrian Accident Lawyer can be very helpful in these cases.

RECOVERING FROM A MOTOR VEHICLE VERSUS PEDESTRIAN ACCIDENTS

A pedestrian involved in a motor vehicle accident may be required to seek medical treatment and recover damages for personal injuries, wage loss, and other damages. Even though they are walking at the time and not in a vehicle, a pedestrian may be able to recover damages from the third party and their auto insurance carrier. In the event that the third party who is responsible for the accident is not covered by insurance, or their automobile policy limits are not sufficient to cover the damages, a pedestrian may be able to reach the limits on their own automobile policy,
provided they have underinsured or uninsured motorists coverage. One of the main reasons to carry high auto insurance limits instead of minimal coverage is that typically an automobile insurance policy will cover under or uninsured motorists claim only to the extent of liability coverage.  You can find out more about uninsured motorist coverage here.

A pedestrian has little or protection against motor vehicles. There is a great disparity in the size and weight of a human being and a car or truck. Because of that, pedestrians are 1.5 times more likely than occupants of a passenger vehicle to be killed in a car crash on each trip. The severity of their injuries may also be worse.

The human body is an incredible thing, but it simply isn’t designed to handle the kind of forces involved in a collision with a car, truck or motorcycle. The injuries that are caused by these accidents can be devastating and unfortunately, sometimes they can even be fatal. Typical injuries may include:

In addition to physical mental and emotional injuries, a pedestrian involved in a motor vehicle collision may need to recover Medical expenses, both present, and future; and may also seek compensation for loss of wages or loss of ability to earn money in the future. Survivors of a victim killed in an auto versus pedestrian accident may seek to recover damages for wrongful death.

Sacramento Uninsured Motorist  Attorney Edward A Smith has been practicing personal injury law for over 30 years. Hiring an experienced and skilled attorney can help you and your loved ones put their lives back together following an accident.

If you or a loved one have suffered from an auto versus pedestrian collision resulting in an injury, contact the experienced Sacramento Personal Injury Lawyers at the Edward A Smith Law Offices for a free consultation at (916) 921-6400 or toll-free at 800-404-5400. Our comprehensive motor vehicle website can be viewed at www.autoaccident.com.

Reviews of our office can be found on AVVO, Google, and Yelp.