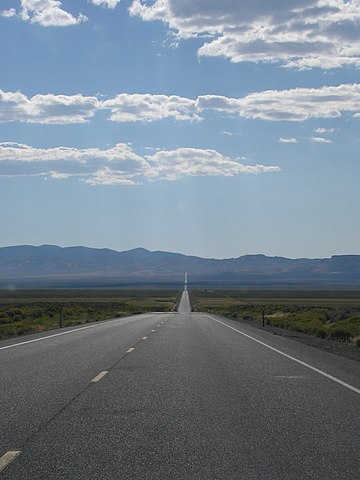 The California Highway Patrol just released their report on Monday, August 7 of the incident that occurred two weeks ago. The accident happened on U.S. Route 50 which runs from 1-80 in Sacramento to the California/Nevada state line. Mary O’Neill was driving westbound on US50 in a Toyota Sienna minivan. She entered the middle turn lane to pass a vehicle but as she was getting back into the westbound lane she over shot and drove onto the shoulder. She turned left quickly to correct herself but turned too much and crossed over into oncoming traffic. O’Neill slammed into the side of Elaine and Michael Kobus who were in a Toyota Land Cruiser and heading east. The collision caused debris from both vehicles to fly and hit Nicholas Krohn’s Mazda as he was behind the Kobus’ vehicle.

The first two vehicles, the Sienna and the Land Cruiser came to a stop after the car accident on the southern shoulder while Krohn maneuvered over to the shoulder and parked. When emergency responders attended to the victims they found that both Elaine Kobus and Mary O’Neill needed to be transported to a hospital. Elaine was put on a helicopter and flown to Reno with a fractured pelvis and broken ribs. Mary was taken to Barton Hospital in South Lake Tahoe with a broken collar bone and fractured wrist. Michael Kobus did claim injuries to his knee and ribs but was not taken to a hospital whereas Nicholas Krohn was not reported as to having any injuries.

Overcorrection is a major cause of head-on collisions and rollover crashes. Usually, overcorrection happens when a driver starts to leave the roadway as a result of not paying attention. In a quick reaction to return to the road a driver jerks the wheel in the opposite direction and steps on the brakes. This often causes their car to dart across the road and into the oncoming lanes or rollover. In a situation like this, the best course of action is to remain calm, let the foot off the gas and slowly merge back onto the road while making sure it is safe to do so. You can also slow down the car gradually and come to a stop if you need to wait for a safe opportunity to return to the road.

My 35 years of experience has benefited many people in South Lake Tahoe and other cities around Northern California. Have a look at my past settlements and verdicts to see how I have helped other people.

My website, autoaccident.com is full of information that is useful for anyone with personal injury, wrongful death, and car accident cases.

I am also named on the Milliondollaradvocates.com.