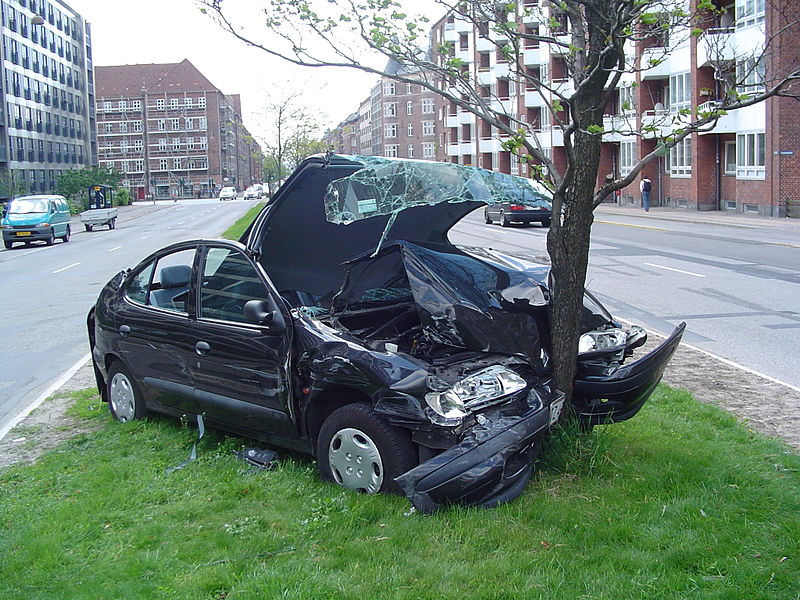 I’m Ed Smith, a Redding Auto Accident Lawyer. A female driver in a silver Honda Accord came into contact with the Shasta County Jail in Redding.

The motorist of the silver Honda Accord was driving northbound on West Street through the intersection of Placer where she was struck by another vehicle. Authorities stated that the female motorist of the silver Honda Accord was struck by a Toyota Prius. The motorist of the Toyota Prius was granted permission to leave the scene shortly after the accident. At approximately 5:10 pm, the female driver drove into the fence of the Shasta County Jail which caused it to collapse over. A witness nearby the collision area stated that she had heard the clenching sound of a vehicle’s brakes shortly after the vehicle drove off the roadway.

According to the Redding Police Department, the cause of the crash was stated to be a result of a right of way violation. The vehicle is still operational and has been removed since the occurrence of the accident. The impact from the vehicle caused about sixteen feet of the fencing at the Shasta County Jail to fall out as a result. There have been no reports of any injuries.

I’m Ed Smith, a Redding Auto Accident Attorney and the founder for the autoaccident.com website. If you or a closely loved family member has sustained serious injuries due to an automobile accident, please contact me today at (916) 921-6400 for free, friendly advice. You can also reach me toll-free at (800) 404-5400 if you live outside of the Redding or Sacramento areas.

If I believe we are a good fit for each other and I think your case is a good one, I will set up your flight and stay to come out to my law office in Sacramento. For this way, you can avoid the tiring round trip drive to Sacramento.

I have been helping residents of Redding with their personal injury and wrongful death cases for 34 years.

Before you contact me, feel free to check out what my client’s experiences with my firm on: Yelp, Avvo and Google.

The Edward A Smith Law Offices is a  Million Dollar Advocates Forum Member.

Take a look through my Previous Verdicts and Settlements Webpage.