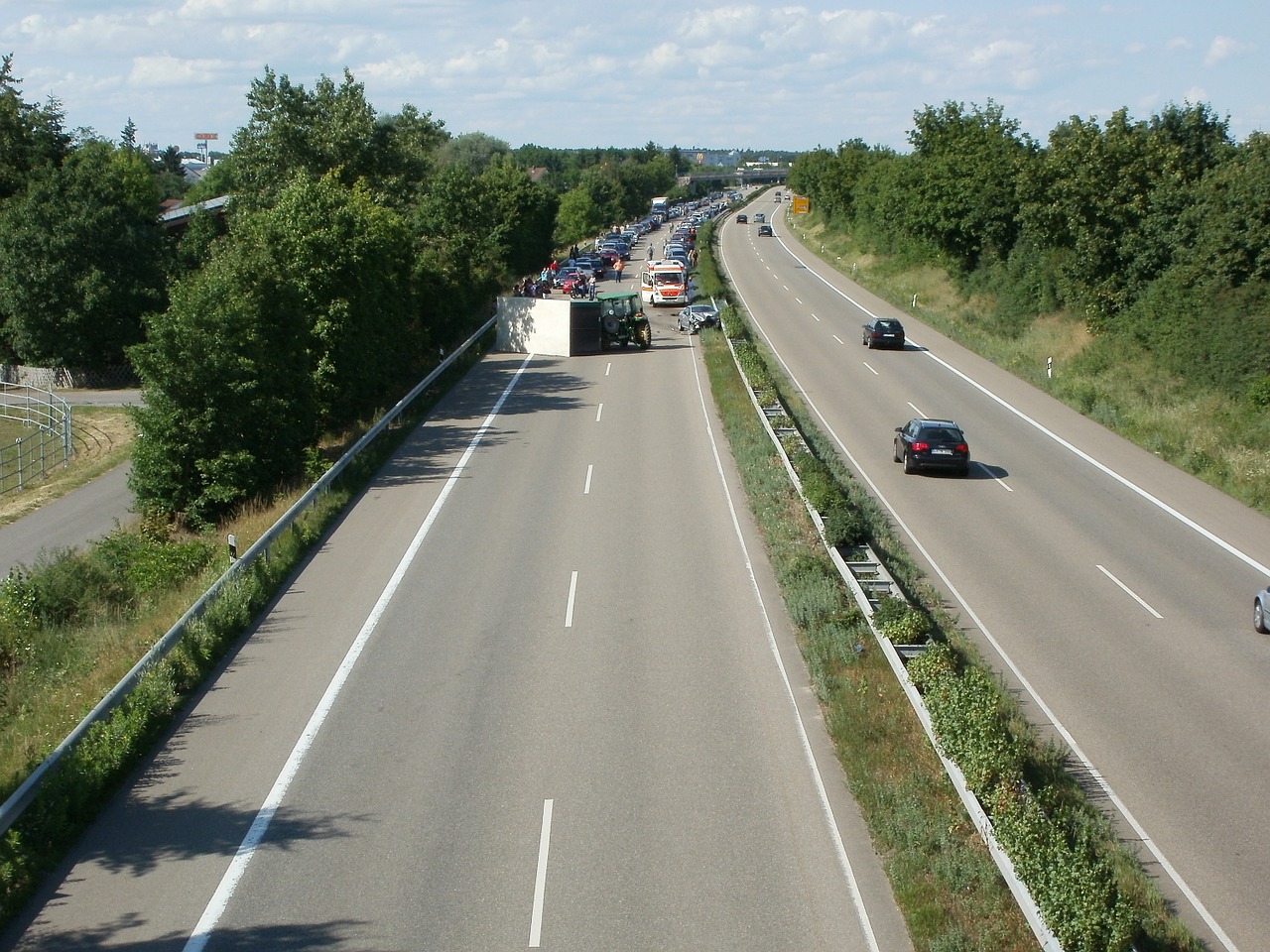 I’m Ed Smith, a Santa Barbara car accident lawyer. A pickup was involved in an accident in Goleta along Hollister Avenue on July 4 that terminated with a rollover. The crash victim was reported by the fire department for the county of Santa Barbara to have suffered injuries described as minor.

The accident happened shortly before 10 o’clock in the morning when a pickup, heading eastbound on Hollister, hit the median on the east side of South Los Carneros Road, which caused the vehicle to roll over onto its side. According to the fire captain, the final position of the vehicle was in the westbound lane near its edge. It was necessary for members of the fire department to extricate the accident victim from the vehicle. Afterward, he was transported to a Santa Barbara hospital by ambulance. Hollister Avenue traffic was closed near the crash heading westbound while an investigation was conducted into the cause and the vehicle and debris removed from the scene.

Two-vehicle accidents are common and sometimes result in a rollover of one of the vehicles. This happens when the tires of the vehicle strike something, such as a guardrail, the median or soft dirt. This causes the vehicle to have a disruption in the forward movement, which destabilizes the vehicle. The vehicle is “tripped” and rolls over.

Untripped rollovers occur in 5 percent of rollover accidents. They can occur during a collision avoidance tactic. This usually is the result of an effort by the driver to avoid hitting an object or another vehicle by making a sharp turn in one direction and overcorrecting in the opposite direction. This causes the vehicle to rollover, particularly in a vehicle that is top heavy. Trucks and SUVs are particularly vulnerable to this type of accident due to the added influence of their design. When the roof gets crushed, it can cause significant brain injury to its occupants.

Rollovers can also be caused by driving around a corner or curve too fast, which causes the driver to lose control and overcorrect. The other ways a rollover occurs is by driving over rough terrain and the vehicle becoming unbalanced.

How to Prevent Rollover Injuries

About half of all fatalities during rollover accidents are caused when the occupants are thrown from the vehicle. One way to prevent being ejected or thrown about within the vehicle during a rollover is to wear seat restraints.

Since approximately 40 percent of fatal rollovers are due to excessive speed, driving within the speed limit is a way to prevent rollovers. Fifty percent of rollovers also involve impaired driving. Even one drink can raise your blood alcohol level enough to alter the decision-making process. Since fatal rollovers happen more often on rural roads, taking extra precautions may prevent such accidents.

Another thing you can do is not to overload your vehicle, particularly on the roof. It is important to know the load capacity and stay within it. If it is necessary to place additional cargo in a vehicle, place it on the floor near the center of the vehicle.

I’m Ed Smith, a Santa Barbara car accident lawyer. Motor vehicle accidents can cause terrible injuries, which are compounded emotionally when they are caused by a negligent driver. If you or a member of your family has suffered an injury, call me at (805) 372-0200 for some of my friendly, free advice. If you prefer, use my toll-free number at (800) 404-5400.

I’ve been a practicing California injury lawyer for 35 years and am proud to have helped many California residents, including those in Santa Barbara, obtain fair compensation for their injuries and in cases of wrongful death.

Looking over reviews and ratings sites help someone identify a good and personal lawyer. My reviews are found on Yelp, Google and the legal rating site Avvo.

Million Dollar Advocates is composed of lawyers who have garnered at least $1 million in case settlements or verdicts for former injured clients. I belong to this legal group as a California member.

On the Verdicts and Settlements page on my website, you can find a representative selection of my firm’s cases and their outcomes.