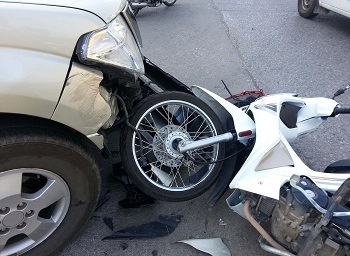 Sacramento Motorcycle Lane Splitting – As local residents know, motorcycle lane splitting in Sacramento is legal, as it is throughout the rest of California. Since lane splitting has been around for about two years, safety guidelines have been issued by the California Highway Patrol that can help both motorcycle riders and vehicle drivers to make the roads safer for everyone.

Drivers on the roadways have responsibilities toward motorcyclists who are sharing the roads. Drivers who are in the fast lane should move over when a motorcyclist nears to allow him or her room to pass. In addition, it is against the law to impede motorcyclists or try to block them. This includes opening a door of the vehicle.

Responsibilities of a Motorcyclist When Lane Splitting

There is always a risk of a collision with a vehicle when a motorcyclist is lane splitting. However, accidents can be minimized by doing the following:

The legislation was passed in the state to allow motorcyclists to ride between the lanes of traffic on both public roads and on freeways and went into effect in January 2017. The legislation also said that safety tips about lane splitting could be issued by the CHP. Hopefully, the information will help to clear up any confusion on the subject and increase the amount of safety for drivers and motorcycle riders alike. In addition, the California Motorcyclist Safety Program offers valuable information about lane splitting.

Other Measures to Avoid a Motorcycle Lane Splitting Crash

There are additional measures that a motorcyclist can take to avoid being in a collision while lane splitting. These include:

I’m Ed Smith, a Sacramento Motorcycle Accident Attorney. When you or a family member is injured in a motorcycle collision, you can face lost time from work, high medical bills and the pain and suffering that comes with it. If your accident was caused by the negligence of another individual or entity, this is when an experienced injury lawyer can help. Feel free to phone me at (916) 921-6400 for free and friendly advice. I can also be reached at (800) 404-5400 or through our online contact form at AutoAccident.com.

I belong to the Million Dollar Forum. We are trial lawyers around the nation who won in excess of one million dollars for a client.

Find out about some of our prior cases and read client reviews at the following sites:

I have worked as an injury lawyer in Sacramento and for others in Northern California for more than 36 years. In that time, I have represented many residents to obtain fair compensation, including in areas such as all types of car collisions, wrongful death and brain injuries.