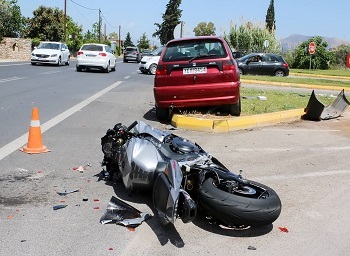 Sacramento Lane Splitting Accident. A Sacramento lane splitting accident occurred on October 23 that resulted in an injury when a moped or motorcycle crashed into the back of an unidentified pickup truck along Highway 50. The collision resulted in a massive traffic jam along both directions of the highway. It was reported by the California Highway Patrol (CHP) that vehicles were stuck in traffic for miles. Traffic cameras showed vehicles stopped as far back as Rancho Cordova.

The accident happened around 8:00 a.m., during the morning commute for many residents of Sacramento. According to a spokesperson for the Sacramento Fire Department, the injured rider was taken to a nearby trauma hospital for evaluation and treatment under a “Code 2,” which generally means that the injuries were non-critical. It is unknown at this time what caused the Sacramento lane splitting accident. California is the only state where lane splitting is legal. The collision is being investigated by the CHP as to cause.

What Is Lane Splitting?

Lane splitting is often referred to as white lining, and it is just that. When lane splitting, a biker rides along the white line separating rows of traffic moving at a slow speed or stopped. According to AB51, the law in California permitting lane splitting, motorcyclists are free to do this on both divided and undivided roadways. Lane splitting is not legal in any other state, yet in several, it is not defined as illegal. In instances of lane splitting, the rider is not permitted to travel at a speed more than 10 mph than that of the prevailing traffic. In one study by the University of California at Berkeley, of 5,969 motorcycle accidents, 16 percent involved lane splitting.

Certain factors enhance the risk of a Sacramento lane splitting accident such as:

When Not to Lane Split

There are times when a biker should refrain from this practice to avoid a Sacramento lane splitting accident. These are:

I’m Ed Smith, a Sacramento motorcycle accident lawyer. Anytime a motorcyclist is involved in a collision, it can cause severe injuries. If you or a member of your family was injured because of the negligence of a motorist or government entity, I have free and friendly advice to offer you. Call me at (916) 921-6400 locally, or reach me on my toll-free line at (800) 404-5400. We also have an online contact form available and will get back to you promptly.

As a milliondollaradvocates.com member, I join with other top trial lawyers in the country who have garnered for a client a settlement/verdict in excess of one million dollars.

It has been my privilege to have served Sacramento residents and other Northern Californians as an injury lawyer since 1982, helping them to obtain fair compensation in areas such as serious trauma, brain injuries and all kinds of car accidents.

You can find out more about my law practice by going to the following links to read my client reviews and comments, along with information about our prior cases and how they resolved at: