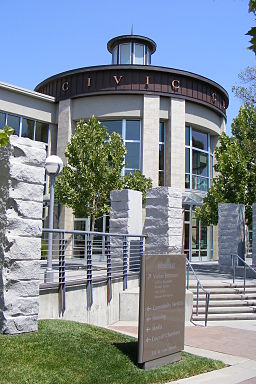 I’m Ed Smith, a Roseville Auto Accident Lawyer.  The California Office of Traffic Safety monitors and records yearly data on auto accidents in California and displays the information online for each city and county for four to six years, such as 2008-2013. Currently those are the years with reported statistics for many cities and counties in California.  What do the statistics reveal about safety in your city?

The Office of Traffic Safety currently has reported data on Roseville Auto accidents for the years 2008-2012.  During this span, Roseville had its safest year by far in 2012 with the lowest number of reported injured or deceased victims, collisions, or arrests in all the categories we tracked.  In 2012, for example, the number of individuals arrested for DUI in the City of Roseville was 645.  Compare that to the year 2008 when the number of DUI arrests was a staggering 922.  In fact, 2008 was almost as bad for Roseville as 2012 was good, with many categories in 2008 receiving the highest marks (most amount of injuries or deaths) during that 2008-2012 span.

The biggest change from year-to-year was the overall total number of injured or deceased auto accident victims from 2011 to 2012 when it decreased from 726 victims all the way down to only 310 victims.  Another positive trend is the consistent year-to-year decrease of DUI arrests during that time span to which there was only one exception- a slight increase from 680 arrests in 2010 to 693 arrests in 2011.  Most categories do show considerable positive movement in the middle years of the time-frame.  Speed related types of collisions, interestingly enough, actually increased steadily each and every year from 2008-2011, increasing from 136 collisions to 187 collisions, but then reverted and dropped all the way down to only seventy-seven speed related collisions in 2012.

Auto Accidents Can Turn Lives Upside Down in a Moment

While auto accidents in Roseville, California, seem to be trending down and safety for motorists seems to be improving, an auto accident can turn anyone’s life upside down through no fault of their own in the blink of an eye.  Texting, talking on the phone, or navigating a GPS are just a few things that can distract a motorist and lead to an accident.   If you’ve been seriously hurt in a car accident you need an attorney that can protect your rights and make the best possible recovery not only for your bills and expenses, but also for your pain and suffering.

See my ratings on: Yelp, Avvo and Google.

Past Verdicts and settlements