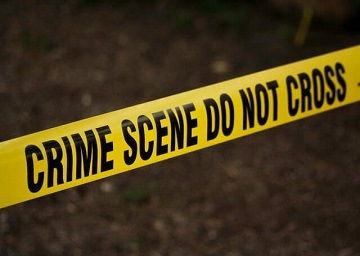 Road Rage Leads to the Death of Two Drivers in Natomas

I’m Ed Smith, a Natomas wrongful death lawyer. An altercation between two motorists on August 12 in Natomas along Interstate 5 ended with the death of both drivers following an altercation that escalated into a fight. According to representatives of the Sacramento Highway Patrol (CHP), the vehicles originally collided with each other, but the drivers both kept going north along the freeway. They eventually stopped their vehicles close to Del Paso Road, got out of their cars and began fighting. I would like to extend my sympathy to the families and friends of those who died in their time of loss and great sorrow.

According to the CHP, reports of the collision began coming in at about 3:44 in the morning along I-5, north of Arena Boulevard. It was said that two individuals had continued the original altercation further along the freeway. Witnesses reported that one was being attacked by the other with some sort of weapon. That man died at the scene from what seemed to be some type of blunt force trauma. Afterward, the other driver began walking along the freeway in a northerly direction where he was struck and killed by a car.

Fatalities in the Accident

Because of the complexity of this accident, authorities were forced to shut down all of northbound Interstate 5 for a number of hours while an investigation was conducted. The area that was closed ran from Arena Boulevard to the connector for Highway 99. Hours later, CHP officers and investigators were still at the scene collecting evidence and interviewing witnesses.

Aggressive drivers tend to be angry, impatient or in a hurry, which makes them disregard their own safety and that of others sharing the roadway. Examples of aggressive driving include:

Road rage is more extreme behavior that not only threatens vehicles on the road but personally threatens the drivers and passengers in a vehicle. One example is an incident that happened in Sacramento in June when one driver exited his car, jumped on the hood of another vehicle and broke out the car’s windows before police arrived. Other examples include:

I’m Ed Smith, a Natomas Wrongful Death Lawyer. If someone you loved has been killed in an accident, you need an experienced lawyer to obtain the compensation you and your family deserve. Call me at (916) 921-6400 or (800) 404-5400 for friendly and free advice. You can contact me online if it is more convenient for you.

I have helped numerous residents of Natomas and the surrounding area with all types of car accidents and traumatic brain injury among others.

I belong to a forum of lawyers called the Million Dollar Advocates, who have won in excess of $1 million for a client.

If you need an attorney, you should learn about them and their practice even when you have little time to do so. I’ve made it easy to learn about me and my practice. Just go to the following pages to learn what my peers and previous clients thought about me as well as review how I resolved prior cases: