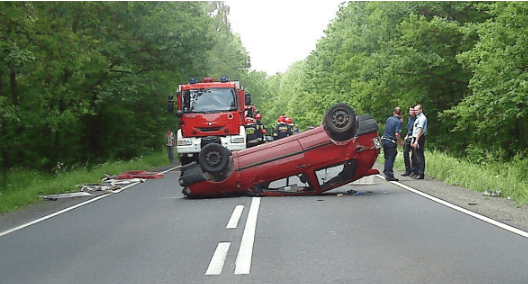 Reports from local officials indicate that a fatal car accident took place less than two miles south of Redding on Highway Interstate 5 on Wednesday, December 19, 2018. California Highway Patrol (CHP) said that the collision involved a passenger vehicle and parked semi truck. Tragically, the crash left a 60-year-old Redding man with fatal trauma. So far, officials from Shasta County Sheriff’s Department have not publicly identified the deceased individual. Investigators of CHP are attempting to find out what factors may have caused the crash. I’d like to extend my condolences to those who have lost a friend and family member because of this terrible accident.

According to police reports, the Redding man had been driving a 2003 Toyota Camry on I-5 and was approaching the southbound off-ramp at Knighton Road. For unknown reasons, the driver veered to the right and entered the off-ramp. The vehicle continued until it struck the rear-end of a parked big-rig on a paved area just off the side of the off-ramp, causing major damage. Police say that the big-rig was not occupied at the time of the accident.

The off-ramp was shut down for hours after the crash while investigators from CHP surveyed the area and workers from Cal-Trans removed dangerous debris from the road. As their investigation into the accident continues, CHP has not mentioned any factors they suspect may have caused the accident to happen. Accidents like this one are common and frequently cause serious injuries. Some of the factors that are often involved in crashes such as this one include auto product defects, medical emergencies, hazardous material in the road, and more.

Recovering after a Fatal Accident

Families often don’t know how they will go on after learning that their loved one passed away during an accident. Because accidents happen suddenly, families are usually unprepared for the intense feelings of grief that they experience. Families can also be unprepared to financially support themselves without the help of the decedent. However, dependents and family members of people who lose their lives in car accidents are often able to obtain repayment for their losses from negligent parties responsible for the collision. This is done through what is called a “wrongful death claim.”

While the warmth and love of a person in your life can’t be replaced, wrongful death claims attempt to provide people with the money they need to recover after enduring a tragedy. Those who have viable wrongful death cases are often able to claim payments for necessary expenses such as funeral bills, household services, lost income, and more. Having this financial security helps people to be able to focus on the important tasks of coping with their grief and learn how to move forward in their life after such a tragic event. To learn more about the types of payments available in wrongful death cases, you can take a look at the below helpful video clip:

I’m Ed Smith, a Redding wrongful death lawyer. Car accidents often have major consequences. If you’ve lost a person that you love in a collision, please call my office by dialing (800) 404-5400 or (530) 392-9400 and speak with me to get some free, friendly advice.

My firm has assisted residents of Redding with wrongful death and personal injury cases since 1982. If you want to know more about how I have been able to help the clients I represent, see my verdicts and settlements page and read some reviews of my work at:

Million Dollar Advocates Forum lists me as one of their California members. Attorneys of this group have won a trial or settled a case for which their client received more than one million dollars.