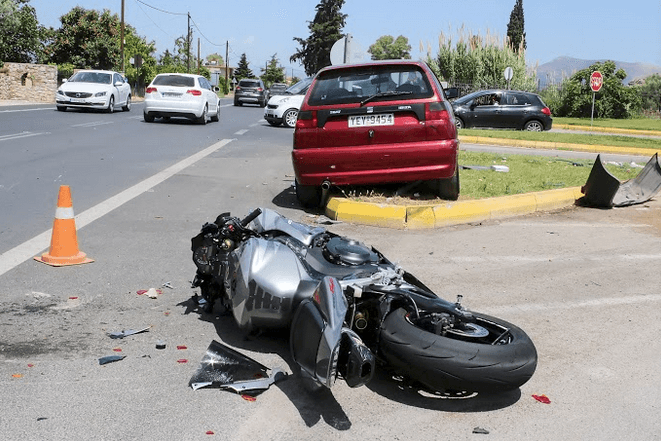 Redding Area Crash Severely Injures Motorcyclist – Redding area California Highway Patrol (CHP) officers reported that one local man was left with severe injuries following a collision that took place on Monday, October 15, 2018. The accident involved a passenger vehicle and a motorcyclist. Officers stated that the motorcyclist was left with severe trauma while the driver of the car was not injured. The motorcyclist was identified as Howard Wayne McFadyen, a 55-year-old resident of the community of Cottonwood. Updates on Mr. McFadyen’s condition had not been released by the hospital at the time of reporting.

According to information from officers, the accident took place at around 1:20 p.m. A 68-year-old Cottonwood woman had been driving her 1995 Chrysler northbound on Main Street in Cottonwood just east of the Highway Interstate 5 junction. At the same time, Mr. McFadyen had been riding his motorcycle southbound on the same roadway. McFadyen reportedly attempted to turn into a nearby Chevron gas station when he was struck by the Chrysler. Reports stated McFadyen was thrown off of his motorcycle and onto the road by the force of the impact.

Responders at the scene of the crash found McFadyen lying in the road. Reports stated that the man complained of severe pain in his back and arms. He was transported to the Redding Mercy Medical Center so that he could be given treatment. Medics stated that McFadyen sustained major injuries but did not specify the exact type of trauma he suffered.

Investigators have indicated that they are currently looking into the accident in hopes of understanding what causal factors were involved. However, officers have not mentioned what they suspect may have been involved. Crashes such as this one are common and frequently involve factors like unsafe turning, driving while distracted by a cell phone, speeding, vehicle defects, and more.

Crashes often leave people with injuries that affect their lives. This is especially true with motorcyclists because they lack protection from the force involved in an accident. Crash injuries often leave people with a long list of expenses including medical bills, therapy costs, and more. What’s worse is that those who’ve been injured during a collision are often left disabled, and either have to take time off work or are forced to stop working altogether.

However, the majority of crashes are caused by drivers who violate a traffic law or operate their vehicles recklessly, and these negligent motorists can usually be held responsible for the damage their actions have caused. Through personal injury claims, injured people are able to seek payment for their losses from reckless drivers and other parties who may be liable. However, each case is different, and the types of damages that can be recovered vary. To know what you may be owed, contact a Redding motorcycle accident attorney. Your lawyer should be able to help you understand your specific injury case.

I’m Ed Smith, a Redding motorcycle accident attorney. Collisions frequently leave people with major trauma. If a crash caused you injuries, call me to get free, friendly legal advice. You can get in touch with me by dialing (530) 392-9400 or (800) 404-5400. My website is another good way to reach me.

My firm has helped the residents of Redding claim full recompense for wrongful death and serious personal injury damages since 1982.

Browse my Verdicts and Settlements.

My clients have reviewed my work on:

I’m one of the members of the Million Dollar Advocates Forum. To have a membership, a lawyer must have won a trial verdict or negotiated a settlement that exceeded 1,000,000 dollars in value.