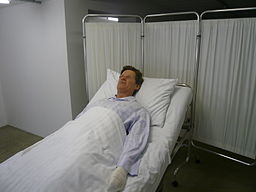 On 2 December, a fire broke during a concert at the Oakland Ghost Ship, a warehouse in the Oakland Fruitvale neighborhood. Authorities have located 36 bodies and the death toll is expected to rise as fire crews search the remaining 30 percent of the structure.

Details of the Event

This now tragic event began as a concert for the Los Angeles-based electronic music label 100% Silk. Advertised on social media, responses indicate that 70 people and musicians were present at the time of the fire.

What he has learned from this video is that the back of the building appears to be the point of origin for the fire. Names of the victims are not yet being released due to family member notification first. A support center has been set up at 2425 West 12th Street in Oakland. The ATF is heading up the investigation into the cause. The search for additional bodies and the cause of the fire is slow-going because the building is unstable. For more information, please watch the youtube video courtesy of Youtube/KPIX 5 news.

Concert-goers Believed Smoke was Part of the Show

Details of what exactly happened are scarce, but survivors recount horrific tales of flames and panic. The fire engulfed part of the warehouse before being detected by concert-goers as many initially believed the smoke was part of the show. Panic then set in as people rushed to exit the building through two emergency exits in a space without emergency lighting.

Eyewitnesses report that the fire spread rapidly, leaving those trapped inside with little time to evacuate. By the time fire crews arrived, the structure was fully involved. Fire crews were able to stop the fire, though, before it spread to other local warehouses.

Cause of the Fire

The cause of the fire is under investigation by the Alameda County Sheriff’s Department arson task force, the Oakland Police Department, and the Bureau of Alcohol, Tobacco, Firearms, and Explosives (ATF).

Although the cause is unknown, several factors that contributed to the high death toll are known. Firstly, the Oakland Ghost Ship served as a home to many artists and as a venue for parties and events. Former residents report rigged generators and hot plates throughout the building, with exposed wires hanging over stairwells. The building was actively under investigation by the city of Oakland for building code violations because of this.

How Many Victims of the Oakland Deadly Warehouse Fire?

The full victim count is unknown at this time as rescue and recovery efforts had to be stopped because of the structural instability. So far, thirty-six people are confirmed dead, while the count of injured people is unknown. Those who did survive the fire likely sustained smoke inhalation, burns, and crush injuries.

Many survivors also likely sustained first and second degree burns, characterized by redness, pain, and blisters. Some victims may have even sustained third-degree burns. Tragically, identification of those who died in the fire will likely be delayed by severe third and even fourth-degree burns sustained after their death.

In fires in high-occupancy buildings like the Oakland Ghost Ship, many injuries are also caused by the frantic evacuation of the building. In these panicked situations, many people are crushed by other people, resulting in broken wrists, broken legs, rib fractures and other torso injuries, and head and back injuries.

If You Have Been Impacted by Oakland Deadly Warehouse Fire

There are many victims in this horrific tragedy, from those who suffered burn and other injuries to the family members and friends of those who tragically lost their lives. If you or a loved one was injured in the above blaze, call an experienced attorney right away to recover compensation for your burn injuries and/or wrongful death.

We send our sympathy to the family members of those who passed away in this tragic fire. We also send our best wishes and hope for a full recovery to those who have suffered injuries.

I’m Ed Smith, a Burn injury lawyer in Sacramento. If you or someone you are close to has been hurt or has died in a fire, please call me right away at (916) 921-6400 or on my toll-free number (800) 404-5400 for free, friendly advice. During your call, we will go over the details of your loss and determine how best to move forward. There is no obligation to you and the call is free.

I have been providing legal assistance to families with wrongful death and burn injury claims for over thirty years.

You may find it helpful to read my client ratings and reviews listed on Google, Yelp, and Avvo.

Our injury lawyers have a detailed track record of success on our Past Verdicts and Settlements page.

Proud to be listed with US Trial lawyers in the Million Dollar Forum. Advocates in this association have obtained multiple million-dollar settlements and verdicts on behalf of the clients they have served.