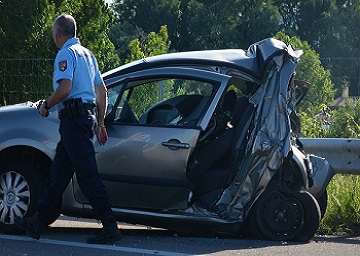 I’m Ed Smith, a Sacramento car accident lawyer. Officers from three cities in Northern California are joining together to help keep motorists safe on the roads. Under a grant from the California Office of Traffic Safety (OTS), they are partnering in Drive to Stay Alive II.

This enforcement program is funded by the OTS and involves the deployment of additional California Highway Patrol (CHP) agents to Highway 12 to make sure driver safety is maintained. According to a representative of the task force, it is intended to decrease accidents on the roadway due to negligent driving practices. It is hoped this will encourage motorists to drive safely.

The Drive to Stay Alive II team is composed of officers from the CHP Solano, South Sacramento and Stockton areas. Together, the jurisdictions will share the grant, which lasts until September 30, 2018, from its start on October 1 of this year. The grant covers the counties of San Joaquin, Sacramento and Solano.

Efforts will be used to promote public education and awareness in key traffic safety areas. It will help keep previous campaign results targeting safety moving forward. According to a traffic record system that integrates data statewide, 81 individuals were injured or killed in the area during the period of October, 2014, to the end of September, 2015. Causative factors on secondary roads and highways were:

Speeding as an Accident Factor

The National Transportation Safety Board reports speeding as a common cause of accidents. In a nine-year study conducted by the NTSB during which time 112,580 motor vehicle accident deaths occurred, speeding was determined to be a factor in 31 percent. The study concluded that speeding not only made it more likely that a motorist would be involved in an accident but that injuries suffered in those accidents would be more severe.

A study conducted by the National Highway Traffic Safety Administration reported that an average of 31 percent of traffic deaths happened at intersections with traffic signals, 38 percent with stop signs and 27 percent with no devices installed to control the traffic. Twenty-nine percent of the accidents were caused by a failure to yield to other vehicles, while 50 percent were caused by those who chose to run a red light.

Twenty-eight people die daily in crashes that involve drunk drivers. That means that someone dies every 51 minutes as reported by the Centers for Disease Control and Prevention, and 16 percent of those deaths are children under the age of 15. California reported, in the latest year that statistics were available, that 162,199 people were arrested in the state in 2013 for drunk driving. There were over 16,000 collisions involving drunk drivers, almost 12,000 resulted in injuries and 1,075 involved fatalities as reported by the California Department of Motor Vehicles.

I’m Ed Smith, a Sacramento car accident lawyer. Ignoring traffic rules and regulations instrumental for safety on the highways can lead to catastrophic injuries or death. If this has happened to you, you know all too well that you need the assistance of an experienced injury lawyer(916) 921-6400. Call me anytime at (916) 921-6400 or at (800) 404-5400 for free and friendly advice with no obligation.

Whether it’s a truck, pedestrian, traumatic brain injury or wrongful death, I’ve been here to help Sacramento residents and those in the northern part of our state for over 35 years.

I’ve worked hard to make sure my clients get maximum compensation for their financial losses for medical expenses, lost income now and in the future as well as pain and suffering. Check out the past settlements and verdicts page to see how I’ve done in other cases.

As a member in the Million Dollar Advocates, I am one of a group of trial attorneys nationwide who have won $1 million or more for clients.

Before retaining an attorney, it is a great idea to see what previous clients and peers have to say. Take a look at Google, Avvo and Yelp to find out about my legal practice.