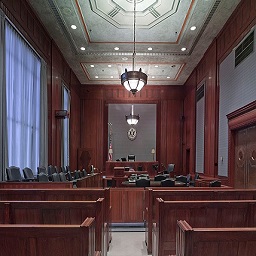 I’m Ed Smith, a Fresno car accident attorney. When you are in a car accident, the term negligence is often heard. It is important to know about negligence before you sit down with your lawyer to discuss who is at fault and how you will be able to collect damages.

Negligence occurs when a driver fails to behave in a way that a prudent person would by exercising a duty of care to keep others safe from a predictable or foreseeable injury. This is the case when a driver fails to stop at a red light and enters an intersection illegally because he or she is distracted. Simple negligence is accidental. In contrast, criminal negligence is different in that it represents a gross deviation from the standard of care with the intent or the willful decision to cause harm to another.

Recklessness, such as speeding or drunk driving, is also a negligent act, since the driver should know that such activity will result in harm to other motorists, pedestrians or bicyclists. However, reckless behavior involves a choice to do something that could cause harm to others.

Violation of the Rules of the Road

Another example might be a motorcyclist who defies state law and refuses to wear a helmet. If another vehicle hit the motorcycle, chances are probable the biker will suffer traumatic brain injury. Since the biker was not obeying the helmet law, some of the liability of the accident will be his or hers despite the motorist hitting the bike. In this case, the biker would need to show that the resulting brain damage was not caused by the lack of a helmet.

There are two main types of causation in negligence. Causation is a link between an action that is considered to be negligent and the injury a plaintiff suffers. Proximate causation occurs when the injury is plainly caused by the action. Cause-in-fact is when an injury would not have happened if the act of negligence did not occur. Usually, both need to be satisfied to establish negligence.

There are four elements of negligence when considering a motor vehicle accident:

I’m Ed Smith, a Fresno car accident attorney. If you have been hurt in an automobile accident due to someone’s negligence or if a member of your family was killed by a negligent driver, I am available to give you friendly advice without charge. Just call me at (559) 377-7676 in Fresno or (800) 404-5400.

I have helped California clients, including those who live in Fresno, as an injury lawyer to obtain just compensation for wrongful deaths and traumatic injuries.

If you are interested in the way I have resolved cases in the past, visit my Verdicts and Settlements page.

Reviews help prospective clients learn about a law practice. You can take a look at mine on Yelp, Avvo and Google pages.

Enjoy browsing autoaccident.com, the website I founded and own. It has comprehensive information about personal injury law.

Members of the Million Dollar Advocates are trial attorneys with a million dollar verdict or settlement in previous cases.  I am proud to say belong as an attorney from California.