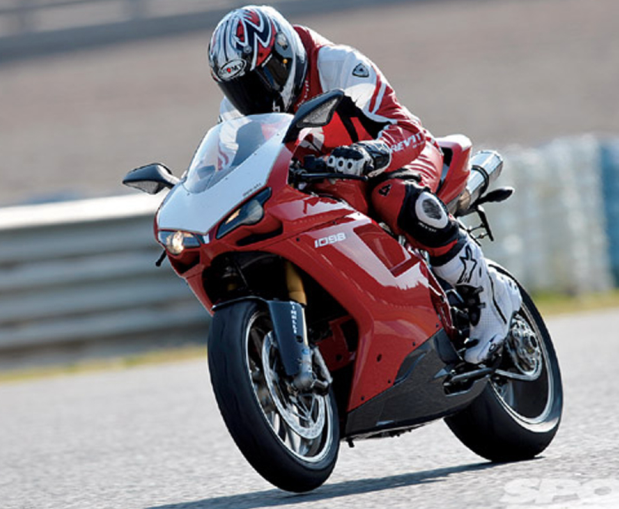 On Monday, September 5, 2016, the Vacaville Police Department received a report of a stolen Triumph motorcycle. The next afternoon, at around 1:30, the California Highway Patrol caught sight of a man running a red light on a motorcycle at high speed, near the intersection of Orange Drive and Nut Tree Parkway in Vacaville. An officer attempted to detain the motorcyclist after he sped through the light traveling west on Nut Tree, but the rider instead increased his speed and attempted to flee from the CHP. In the midst of the chase, the CHP learned by radio that the motorcycle was the same which had been reported stolen the previous day to the Vacaville Police.

Police In Pursuit of Motorcyclist

The pursuit itself was quite brief: the motorcyclist made it only as far as the intersection of Allison Drive and Elmira Road, where he lost control and was flung into the traffic island at the center of that crossing. He was quickly apprehended by the pursuing officer. The Vacaville Fire Department made its way to the scene, as well, and treated the rider on the spot for the injuries which he incurred. Somewhat remarkably for a high speed incident involving a motorcyclist, the injuries he sustained have been reported as only minor, though he was taken to a nearby hospital after he told the aid workers from the Vacaville Fire Department that he was still experiencing significant back pains after the initial treatments.

The victim of the crash has now been identified as Andrew Gross, a 26-year-old man whose city of residence has not been made public by the authorities yet. He was able to leave the hospital the same day that he was admitted and has since been arrested. He is currently being held in custody at the Solano County Jail on multiple felony counts. The charges include not only the running of the red light which prompted the ensuing chase, but, much more seriously, counts of attempting to evade the police and suspicion of possessing a stolen vehicle. It has since been confirmed that the motorcycle involved in the accident on Tuesday afternoon was in fact the one which was reported stolen the previous day.

Accidents involving motorcycles – whether in collision with an inanimate structure, as was the case above, or with another vehicle of some kind – have a much higher incidence of fatality resulting than those which only involve automobiles. The likelihood of a fatality occurring from a motorcycle accident has been estimated to be as much as twenty-seven times greater than that for incidents involving only automobiles. Helmets, however, can mitigate these risks quite significantly, and it’s worth noting that Mr. Gross was wearing one on the day of the incident and this is very likely a large part of the reason he made it through largely unscathed. Victims of motorcycle accidents who are wearing a helmet at the time of the collision can expect a nearly 40 percent greater chance of avoiding death and a nearly 70 percent chance of avoiding lasting – and potentially paralyzing – injuries to the brain or spinal cord.

See what my clients have to say about their experience working with me and my staff on Yelp, Google and Avvo (the attorney rating website).

I am among the California members of the Million Dollar Advocates Forum. Members selected to be in this forum have garnered lawsuits in the multi-million dollar range. They are ranked top trial attorneys in the United States.

See a long listing of my results on our Past Verdicts and Settlements page.