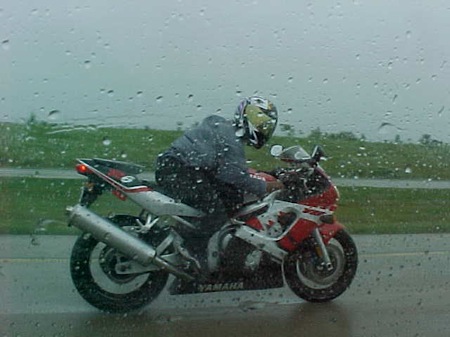 I’m Ed Smith, a Modesto motorcycle accident attorney. In north Modesto, on the morning of Wednesday, December 7, 2016, a motorcyclist was seriously injured after crashing into a sport utility vehicle. According to spokeswoman from the Modesto Police Department, Heather Graves, the incident took place at about 7:50 p.m. on Rumble Road. Graves indicated that the collision occurred when the southbound SUV turned in front of the northbound motorcyclist, causing the motorcycle to broadside the much larger SUV.

The driver of the SUV remained at the scene of the crash and promptly reported the incident to the police department so that the injured motorcyclist could receive urgent medical care. Emergency medical responders arrived soon thereafter and rushed the injured motorcyclist to the nearest hospital where he was put in an intensive care unit. Hospital officials have reported that at the time he arrived at the hospital, the motorcyclist was in critical condition. Further reports on the condition of the patient are currently unavailable.

Investigators have yet to determine whether the driver of the SUV or the injured motorcyclist is at fault for the accident. Determining fault in a motorcycle accident is often a complicated process that requires investigators to spend many hours closely considering evidence and reports from witnesses. However, despite how difficult determining fault in a car, truck, or motorcycle accident can be, the legal requirements for determining who is liable to pay for damages in an accident are clear.

Recovering Compensation for your Damages

For a party involved in an accident to be held responsible for compensating another party for damages there are three basic requirements which must be met.

Firstly, there needs to exist a rule or generally accepted principle of driving that was broken or ignored. In court, this is referred to as a “duty.” Driving rules are the rules that everybody learns in order to receive a driver’s license from the Department of Motor Vehicles. Knowing these rules and obeying them, in addition to driving according to generally accepted conventions, is legally the “duty” of a motorist.

Secondly, the party that is being asked to compensate for damages must have been driving in violation of a duty. In legal terminology, this is referred to as a “breach.” Knowing exactly who has committed a breach can be difficult, but if there has been injury or property damage as the result of an auto accident, there must have been a rule or principle that was not followed.

Evidence of Injury and Damage

This leads to the last requirement. For a party to be at fault in a car accident, there must be evident injury or damage that occurred as a result of the accident. In order for an auto accident claim to be valid, the damages must be due to the breach of duty of the at-fault driver.

I’m Ed Smith, a Modesto motorcycle accident attorney. If you or someone close to you has been injured in a motorcycle accident because of an errant driver, please call right away at (209) 227-1931 to receive friendly advice. A phone consultation is free of charge. In other areas, contact me by calling my toll-free number, (800) 404-5400.

Since 1982, I have been honored to help families and individuals in the Modesto area with receiving due compensation for motorcycle accident claims involving personal injury and wrongful death.

Prior to calling, take a moment to review our excellent client feedback on Aavo, Google, and Yelp.

I’m very proud to be a member of a forum for lawyers who have won million and multiple million dollar settlements and/or verdicts on the behalf of their clients, the Million Dollar Advocates Forum.

Check out our past work by visiting the Verdicts and Settlements section of our website, written by our successful auto accident attorneys.

I am the founder of the leading car accident and personal injury information page in North California, AutoAccident.com