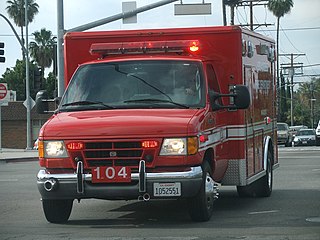 Man Dies in Rollover in Town near Yreka

I’m Ed Smith, a Yreka Car Accident Lawyer. A man lost his life after his car turned over on Quartz Valley Road.

For unknown reasons, the man crossed over the northbound lane and drove off the road. He did not collide with any oncoming traffic; instead, his car ran up the side of a hill which caused the car to roll over onto its right side.

A fellow driver came up to the car accident, saw the overturned SUV, and stopped to help the 63-year-old man inside to climb out of the driver side door to safety. As the two were talking beside the Durango at the scene of the car accident the man suddenly collapsed. The fellow driver administered CPR while waiting for emergency personnel to arrive.

Once the paramedics arrived they took over CPR but the man was later pronounced deceased at the scene. The CHP reported that they are investigating what caused the man to crash while the Siskiyou County Sheriff’s Coroner is investigating the cause of his death.

We extend our sympathies to the loved ones of the man who passed away in this accident.

While the cause of death is still under investigation, the news report suggested that the man appeared to not be badly injured as he was helped out of the car by the passerby. The sudden collapse and loss of consciousness could have been a result of a few different things.

The first that comes to mind would be a heart attack. The driver may have had a heart attack as he was driving which caused him to veer off the road in the first place. As he climbed out of the car the cardiac event could have become worse after all the adrenaline faded and was no longer stimulating the heart, causing loss of consciousness and eventually death. First responders and emergency room doctors often use epinephrine (adrenaline) injections during a cardiac episode because the hormone causes the circulatory system to go into overdrive. This may have kept the victim alive and conscious during the car accident, but after he calmed down it left him vulnerable to the effects of a heart attack.

Other possible causes could have been stroke or aneurism that traveled to the brain, loss of consciousness because of a medication, or a concussion that caused rapid brain swelling. Any number or combination of diseases or events could have occurred. An autopsy is the only way to find out what caused his death, and possibly what caused the initial accident.

I’m Ed Smith, a Yreka Car Accident Lawyer. Have you or someone you love been injured in an accident caused by the negligence of another person? Call me today at (530) 392-9400 or (800) 404-5400 for free and friendly advice with no obligation. You can also reach me online via my website, AutoAccident.com.

I have been serving the Yreka and Greater California community for over 35 years, helping injured people and their families recover after accidents. Take a look at my past verdicts and settlements.

You can also find me listed on milliondollaradvocates.com as an trial lawyer who has been successful in a case verdicts and settlements worth a million dollars or more.