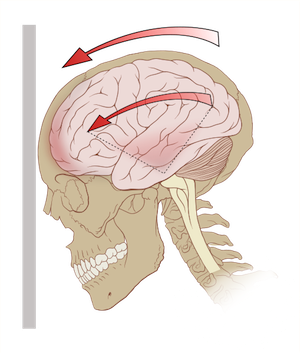 Intracranial Bleeding can Cause Brain Injury

I’m Ed Smith, a Rancho Cordova Brain Injury Lawyer. Brain injuries are some of the most severe and debilitating injuries in the medical community. A significant amount of force applied to the skull can cause the brain to strike the hard, bony case, leading to a brain bleed. These bleeds can cause chronic disabilities and or even a wrongful death.

Significant blunt force trauma to the side of the skull can lead to a serious closed head injury and brain bleed called an epidural hematoma. This hematoma is caused by a severing of the middle meningeal artery. Out of this artery, blood starts to leak into the skull cavity in the epidural space, crowding out the brain and causing severe injury. Patients should be aware of brain injury symptoms after a car accident, especially for this injury. Initially, the patient will lose consciousness; however, the patient will wake up shortly after. This is called the “lucid interval” and many patients believe that they have recovered from their injury. Unfortunately, this is followed by a second loss of consciousness which might be permanent unless the patient seeks medical attention. An epidural hematoma is diagnosed with a CT scan, showing the stereotypical convex bleeding pattern. Failure to diagnose and treat an epidural hematoma quickly will result in a transtentorial herniation, causing a coma and death.

An acute subdural hematoma requires a significant, unusual, and rare amount of force with traumatic injuries. Examples of situations that could lead to a subdural hematoma include being thrown from a car on the interstate after a car accident or striking a hard, stationary object at cruising speeds that often leads to polytrauma. A subdural hematoma is the gathering of blood between the dura mater and the arachnoid mater. Patients suffering a subdural hematoma may not lose consciousness immediately; however, they could appear lethargic, slowly progressing to seizures that resemble many traumatic seizure disorders. If they remain conscious, patients will complain of nausea and may start vomiting. Other symptoms include severe weakness and slurred speech. Eventually, patients will develop a loss of consciousness and will pass away from herniation of the brain unless diagnosed and treated quickly. Similar to the epidural hematoma, a subdural hematoma can be diagnosed on a CT scan, showing the stereotypical concave bleeding pattern. This type of traumatic brain injury is always severe and requires rehabilitation after a traumatic brain injury to improve the outcome.

Patients suffering this type of head or brain injury will often complain of the “worst headache of their life” feeling like a “thunderclap” sensation. This hemorrhage develops from bleeding in to the subarachnoid space. Patients will often come in actively vomiting and confused. A subarachnoid hemorrhage that is allowed to progress could lead to seizures. Patients will complain of neck stiffness, often confused with meningitis, because the blood filling the space between the arachnoid membrane and the pia mater will make it difficult to turn the neck. The force of auto accidents or motorcycle accidents could lead to the rupture of an aneurysm, leading to this hemorrhage. While a CT scan is often sufficient for diagnosis if performed quickly within the onset of symptoms, an MRI or lumbar puncture may be used to confirm the diagnosis. Of the various types of intracranial hemorrhage, this hemorrhage typically has the most favorable prognosis; however, patients could still wind up with residual chronic pain that requires rehabilitation after traumatic injury.

I’m Ed Smith, a Rancho Cordova Brain Injury Lawyer. Brain injuries can lead to lifelong disabilities or even death. If you, or a loved one has suffered a brain injury, please reach out to me at (916) 921-6400 for friendly, free advice. For those outside of the local area, I also maintain a toll-free line at (800) 404-5400.

I am a member of the California chapter of the Million Dollar Advocates Forum. This forum is made up of many of the top-rated trial lawyers in the entire country. Each of us has won multiple million-dollar settlements for prior clients.

See my some of my verdicts and settlements here.

Many of my past customers have taken the time to leave helpful reviews on Avvo (the service that ranks lawyers), Yelp, and Google.