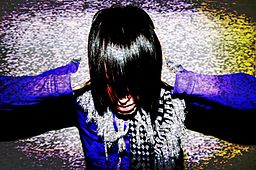 I’m Ed Smith, a Folsom personal injury lawyer. Recently the Folsom Cordova Unified School District indicated that certain members of their staff are allowed to keep weapons on campus. However, a KCRA 3 News report (see below)  indicated that teachers are not allowed to carry concealed weapons. There seems to be a growing debate as to the pros and cons of weapons on campus. Further, it has sparked heated conversations in our community.

Because rumors have been swirling about guns on campus in the 33-school Folsom Cordova Unified School District, the following statement was released by Superintendent, Deborah Bettencourt.

“The safety of our students, staff, and families is our number one priority, and our narrow practice of allowing select, law ­abiding employees to securely store and access a firearm in the event of an emergency is a legal and appropriate safety measure given the unfortunate reality of violence in our society today.”

We are learning that concealed carry weapons have been on campus for several years. The decision was derived from an emergency preparation plan made with employees and the school board. It also included discussions with police.

Staff members are required to have a valid concealed ­carry weapon (CCW) permit. They must also attend continuous training — more than what a CCW permit requires.

Staff cannot disclose who is permitted to carry a weapon. This is kept secret for obvious safety reasons. Additionally, district staff would not describe where the weapons are kept, or on which campuses. They did indicate that guns are stored safely using double-locked devices.

Read: Concealed Carry on Campus articles by our friends at the Huffington Post.

What do Parents have to say about Folsom, Cordova Unified School District Policy?

Parents have conflicting opinions regarding the policy. For more information about this story or to chime in, continue reading.

Watch Youtube Video, below: KCRA anchor claims some parents are shocked about guns on campus.

What About Guns in the Home?

Many of us have heard the saying that more Americans keep guns in their homes than pet dogs. A gun in the home can be dangerous practice. Especially, in homes where children reside. Each year more than 500 children (under the age of 18) are fatally wounded by guns. Many more sustain severe gunshot wounds. The best way to prevent and possibly eliminate gun-related occurrences is to not keep a gun in the home. But, should you choose to remain armed in your home, you should always use a highly-rated gun lock. Or, use a locked gun safe and keep the gun unloaded. Always store ammunition separately for an extra level of protection.

Boys are more often hurt or killed in unintentional shootings compared to girls.  Oftentimes, the shooter is a relative. Usually, a brother or sometimes a friend.  About fifty percent of the fatalities happen within the victim’s home, and the rest usually occur at a home of a relative or friend.

Do not think for a minute that your child does not know where you store your gun, or that he or she is incapable of firing a weapon.  A 3-year-old is strong enough to pull the trigger of a gun.  Never assume that a child will know the difference between a toy gun and a real gun.  Young kids are 1) very curious; 2) unable to comprehend the long-term consequences of their actions; and 3) often lacking impulse control.  Factors like these, combined with access to a firearm, can result in the unthinkable.

Do not assume that BB guns, pellet guns, or even paintball guns are safe. These air pistols cause more than 20,000 injuries per year.

Before you let your child visit a relative or friend’s home, be sure to ask whether there is a gun in the home. Don’t be embarrassed to ask. It is better to be safe than sorry. If there is a gun in the home, you can go a step further and inquire how those guns are locked, stored and kept in a safe manner. Never leave a child in a home unsupervised where guns are present.

Responsible gun ownership can prevent so many senseless tragedies. We were devastated to read about the South Sacramento two-year-old that shot herself in the face with a gun while visiting the home of her mother’s friend. It is our fervent hope that we never have to learn about another child being injured or losing his her or her life in this heartbreaking manner.

Ed Smith, is a Folsom Personal Injury Attorney. He has helped those who have been seriously hurt in Folsom and Rancho Cordova. Give him a call to discuss your case. He has assisted folks injured in serious car crashes, pedestrian accidents, motorcycle accidents and other personal injury related matters caused by the negligent acts of others. Ed Smith can be reached today at (916) 921-6400 for free, friendly advice.  Elsewhere, call him toll free at (800) 404-5400.

Read Ed’s customer reviews here: Yelp, Avvo and Google. See for yourself what Ed’s clients have to say about working with him and his friendly staff.

Member of  Million Dollar Advocates Forum.  These are trial lawyers who have won multiple cases worth over a million dollars.

Ed has been practicing personal injury law exclusively since 1982.

Take a look at his Past Verdicts and Settlements page.