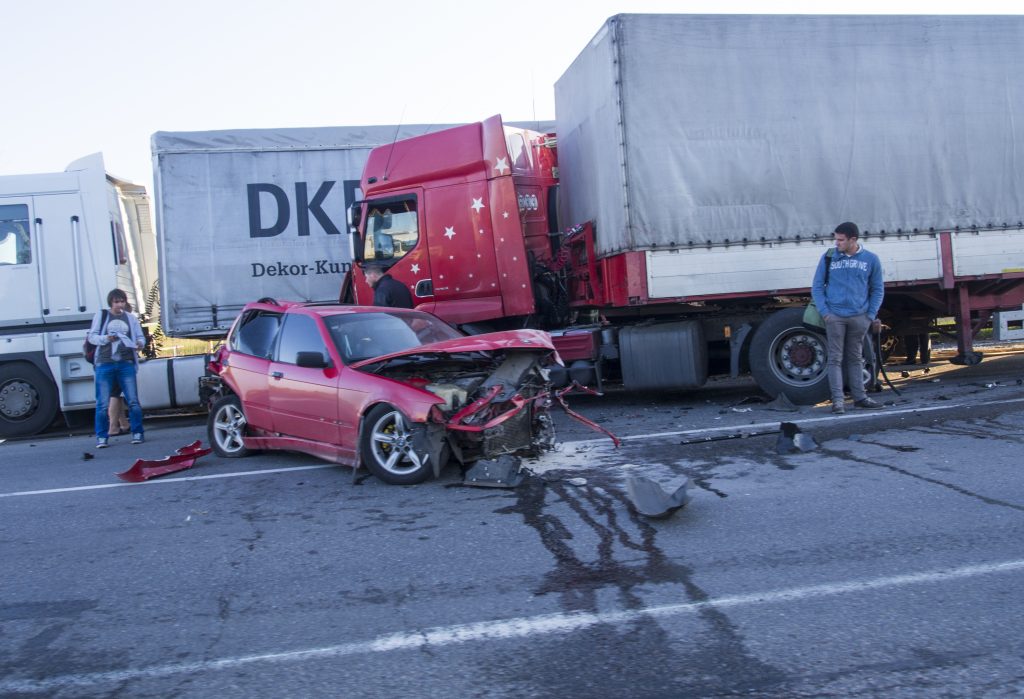 Father Dies and Child Is in Critical Condition in Sacramento Accident

I’m Ed Smith, a Sacramento wrongful death lawyer. A Sacramento resident died on July 21 and his child was seriously injured in a head-on crash with a dump truck. According to a representative of the California Highway Patrol (CHP), the Sacramento man was not using his seat belt at the time of the accident.

I want to express my sympathy to the family who lost their loved one and extend my fervent prayers that the child injured in the accident will recover quickly and completely.

The collision occurred shortly after 3:00 in the afternoon when a man driving a Honda Accord crossed into an opposing lane and collided with a truck along Hedge Avenue near Florin Road. According to a news release from the CHP, the driver of the truck saw the man’s vehicle exit the northbound lane and cross over as he was coming from the opposite direction. The trucker honked his horn while attempting to stop, however, the Honda did not slow down and struck the truck.

The Honda driver, age 53, was declared deceased at the accident scene, while a child, age 3 and strapped into a car seat, was rescued from the vehicle by a passerby, who reportedly broke a rear window of the car to extract the child. The little boy was taken to the medical center at UC Davis for treatment and was reported to be in critical condition. A dog that was also present in the vehicle was removed by animal control. The man who was driving the dump truck was uninjured by the crash.

Although many motor vehicle accidents that result in fatalities are a result of driver error, far too many are caused by negligence or a wrongful act on the part of another driver or entity. The Insurance Institute for Highway Safety reported 2,925 crashes resulting in fatalities in this state in 2015. Six-hundred seventy of those who died were shown to have a BAC level of at least 0.80. Of the drivers that died, 549 were not wearing seat belts at the time of the crash. In California, accidents resulting in wrongful death are common. For example, in Sacramento County in 2014, there were 9,747 deaths and injuries caused by motor vehicle accidents.

Who Can File a Wrongful Death Claim?

The California Code of Civil Procedure Section 377.60 states that the following persons can file for wrongful death when a loved one has been lost due to negligence.

The California Statute of Limitations to file a personal injury case is two years. Since it takes time to gather evidence to build a strong case for proper compensation for an injury or wrongful death case, contacting an experienced personal injury lawyer as soon as possible is important.

I’m Ed Smith, a Sacramento wrongful death lawyer. Losing a loved one is a tragedy and even more so when your loved one was lost to you because of a driver’s negligent actions. If you have suffered a loss due to negligence, please give me a call at (916) 921-6400. I offer my friendly advice for free. Long-distance callers may wish to use my toll-free line at (800) 404-5400.

I have worked for 35 years as a California injury lawyer, helping those with wrongful death cases and traumatic injuries recover fair compensation they deserve. I created and own autoaccident.com, a site dedicated to providing comprehensive information about personal injuries.

In addition to information about personal injuries, I also provide reviews by my clients at Google and Yelp. The legal website Avvo has several more reviews and contains comments by some of my peers.

Million Dollar Advocates Forum only accepts membership from top trial attorneys around the country who have secured verdicts or settlements for their clients of $1 million or over. I belong to this group as a member from California.

Verdicts and Settlements offers a sampling of some of my prior cases and their results.