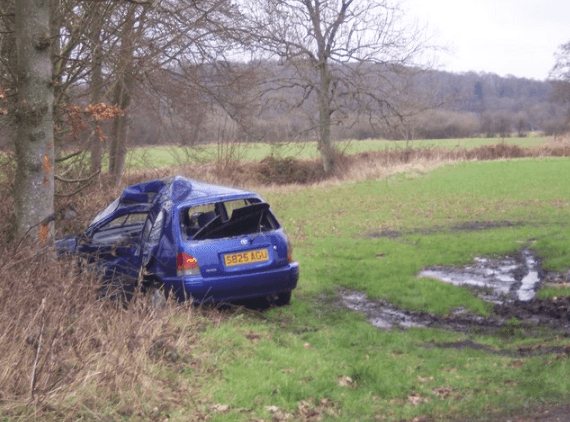 A man from Suisun recently lost his life in a Fairfield car accident that took place during the early hours of Saturday, December 2, 2017.

We send our thoughts and prayers to the family and friends of the man who passed away in this tragedy.

Officers from the Fairfield Police Department (FPD)  began to receive calls reporting a crash at about 1:20 a.m. Callers indicated that an accident had occurred close to the intersection of North Texas Street and Air Base Parkway.

Fairfield Fire Department personnel and city police were sent to respond to the incident and discovered that a dark-colored Toyota Sienna had crashed at the intersection. Reportedly, responders discovered that the driver had been ejected from the vehicle during the collision.

Officers indicated that paramedics immediately attempted to resuscitate the driver with CPR, but were unable to save him. The man was subsequently declared dead at the accident scene. What sort of injuries this man suffered during the accident was not made clear.

The individual that passed away has been identified by officials as Luiz Carlos Diaz Medina, a 27-year-old resident of nearby Suisun.

A preliminary report from investigating authorities revealed that the crashed vehicle had been driving west on Air Base Parkway, just west of North Texas Street, when the driver apparently lost control of his vehicle and collided with a large tree.

In situations like this, officials and insurance investigators often use the term “phantom vehicle.” The term is sometimes used to refer to a vehicle involved in a crash that never actually made contact with any crashed vehicles. Examples of phantom vehicles under this usage include things such as a phantom vehicle cutting off a driver and consequently forcing them to swerve into another vehicle or object and crash.

“Phantom Vehicle” is also sometimes used to describe hit-and-run vehicles that have not yet been found. However, in both of these usages, the offending vehicle remains an unidentified piece of the collision.

Because of this, auto accidents that involve phantom vehicles can be difficult to prove, even when all the normal requirements are met. Insurance companies might argue that there is insufficient evidence to prove that a phantom vehicle was involved, or may downplay the phantom vehicle’s fault in the crash. Make sure to contact an experienced car accident lawyer in Fairfield.

I’m Ed Smith, a Fairfield car accident lawyer. If you or somebody you love has been injured or killed in an auto accident, please call me at (707) 564-1900 for free, friendly legal advice. Also, AutoAccident.com and my number, (800) 404-5400, are other excellent ways to get in touch.

For over 35 years, I have assisted Fairfield area residents with wrongful death and personal injury by receiving the repayments they deserve.

I’ve been reviewed by my clientele on Google Avvo and Yelp.

I’m in the Million Dollar Advocates Forum, a United States group of trial lawyers with prior verdicts and settlements that were worth $1,000,000 or more.

See my Previous Verdicts and Settlements.

image: “Tree Versus Car” by Davis Anstiss under CC A-SA2.0G