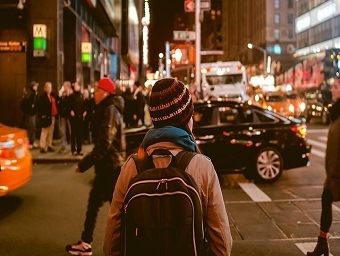 I’m Ed Smith, a pedestrian accident attorney in Sacramento. On April 1, an elderly man was walking near Tahoe Park in Sacramento when he was hit by an alleged drunk driver. Unfortunately, the pedestrian passed away during hospitalization.

I want to express my sympathy to the family and friends of Mr. Jung.

The accident occurred at about 7:00 in the evening near Broadway and 53rd Street when Nahum Valdez, 38, drove into 88-year-old Kyung Rae Jung. Mr. Jung was transported to the UC Davis Medical Center for medical treatment, but efforts failed, and he succumbed to his injuries.

Nahum Valdez was arrested at the scene by officers from the Sacramento Police Department, who said that he was intoxicated. According to police, Valdez has been charged with DUI and suspected gross vehicular manslaughter. If convicted, under California law, Valdez could face from four to 10 years in state prison.

Collisions between pedestrians and drivers have been a problem in Sacramento for a number of years. In 2017, there were 19 fatalities, almost twice that of the previous year. Injuries caused by collisions between cars and pedestrians number in the hundreds annually in the city. Although pedestrians are at fault in some accidents, negligence by drivers is the main cause and can result in serious injuries. Accidents due to driver error may include the following:

Pedestrians are expected to also follow the law and use safety measures to protect themselves when walking. Here are some of the reasons pedestrians can be making an error, which can cause an accident with a motor vehicle:

Since 1982, I’ve worked hard as an injury lawyer to defend the rights of those injured because of someone else’s negligence in Sacramento and surrounding Northern California. I’ve helped to obtain fair compensation in many areas of personal injury, including wrongful death and brain injuries.

Reviews or comments by former clients, along with some of our previous cases and their results, are posted at:

Million Dollar Forum is composed of trial lawyers who have obtained verdicts/settlements totaling at least $1 million for their clients. I’m a California member.