There were two scary auto accidents that happened in Antioch on Wednesday, August 31, 2016.

The first auto accident occurred where a man drove his vehicle into a power pole in Antioch. The accident took place at approximately 2:29 am nearby the downtown area at the intersection of Second Street and L Street. The power pole sustained damage from the impact of the vehicle which caused more than 400 customers to lose power in the area. According to the website for PG&E, the power outage was still affecting 418 customers at 12:00 pm, roughly 10 hours after the crash. The crash also affected power to the bus and shuttle system for the city causing the westbound 387 bus stop at West Third Street to be out of service at 12:00 pm. The driver was identified as 23-year-old Carlos Hernandez from Antioch by officers from the Antioch Police Department. Hernandez was found fleeing the scene by officers that were nearby when the accident first took place. Authorities arrested Hernandez for the suspicion of driving under the influence and also charging him with a hit-and-run violation.

A pedestrian was struck by a minivan at the corner of Cavallo Road and East 18th Street in Antioch. The Contra Costa Fire Protection District dispatcher stated that the accident occurred at approximately 10:20 am. It was reported that the minivan struck the pedestrian and caused collision damage the Romi’s Liquor & Food’s store wall. The minivan appeared to have splatters of blood on the front bumper and a possible handprint on the hood of the vehicle. According to authorities, the impact of the minivan to the pedestrian caused the man to be sent to the hospital. The details pertaining to the condition of the man that was hit by the vehicle have not been released yet by the Antioch Police Department.

I’m Ed Smith, a Pittsburg Auto Accident Attorney. If you or a member of your family have contracted serious injuries due to an automobile accident, please call me today at (916) 921-6400 for free and friendly advice. If you are calling from outside the areas of Pittsburg or Sacramento, I can be contacted free of toll at (800) 404-5400 for free, friendly advice.

I have been helping residents of the Pittsburg region with their wrongful death and personal injury cases since 1982.

My law office strives to provide our clients with outstanding customer service. Learn more about us here.

Our client’s opinions about their experiences with us can be read on Yelp, Avvo (the attorney rating site), and Google.

Browse through my Past Verdicts and Settlements webpage.

I am also the founder of Northern California’s extensive and informative personal injury website, AutoAccident.com 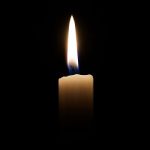 A solo vehicle accident in Sacramento along I-80 on January 12 killed both people inside after they were ejected.