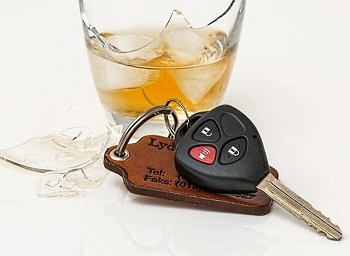 I’m Ed Smith, an Elk Grove personal injury lawyer. An accident in Elk Grove on July 15 resulted in the death of a local teenager. The crash happened along Elk Grove Boulevard close to Adams Street when the car she was riding in was struck by another vehicle. One teen died as a result of the accident and was identified as Breante Whitaker, age 15. She would have turned 16 next month. A GoFundMe site has been set up to help pay for her funeral and burial expenses. I want to extend my prayers and sympathy to the family and friends of this young girl in their time of sorrow.

According to Elk Grove police, Whitaker was riding in a car with three others when the collision occurred. Two people in that vehicle were injured in the crash and transported to a hospital for evaluation and treatment. Whitaker died at the hospital, and there has not been any further information on the other individual who was hospitalized. Officers who arrived at the scene of the accident said that the driver of the vehicle that hit the car showed signs of impairment. He was identified as Austin Crownover, 27, and a resident of Elk Grove. Authorities had Crownover perform a field sobriety test at the crash site, where he was reported as doing poorly. He was arrested at the scene of the accident on charges of drunk driving and taken to jail where he was being held without bail.

Drunk drivers killed 10,497 people in 2016. Of all fatal accidents, drunk driving accounted for 28 percent, which is roughly one death in a span of 50 minutes. Seventeen percent of the 1,223 children 14-years old and under who died in 2016 were killed by a drunk driver. The problem of drunk driving is vast with approximately 111 million drivers reporting that they drove while drunk.

The Effects of Alcohol on Drivers

The effect alcohol has on drivers begins before they reach a blood alcohol concentration that is considered illegal. Nationally, a BAC level of 0.08 percent is considered drunk driving. Take a look at what happens at varying BAC levels:

Wrongful death in California is common. When a loved one dies in an accident that was caused by negligence, the family may be able to collect fair compensation for the wrongful death. This includes compensatory and noneconomic damages such as the following:

If the decedent lived for a period before dying, a survival action can be filed. This reflects the personal injury that the person experienced before dying. Since this personal injury survives the person’s death, it is filed by the family on behalf of the individual. This lawsuit covers the medical bills accumulated while the person was alive and even punitive damages against a drunk driver. Punitive damages are a way of punishing the wrongdoer with the hope that it will never happen again.

Punitive Damages in a Survival Action

I’m Ed Smith, an Elk Grove personal injury lawyer. If you or a member of your family is harmed by a drunk driver, you have the right to be compensated for your loss. If you need compassionate, friendly and free advice about what to do in this situation, call me at (916) 694-0002 in Elk Grove and (800) 404-5400 outside of the area. You can contact me online if that is easier for you.

I’ve helped numerous Elk Grove residents and those in Northern California recover the compensation they deserve for wrongful death claims, all types of car accidents and traumatic brain injuries.

I am a long-standing member of the Million Dollar Advocates. We are a forum of trial attorneys who have negotiated a settlement or won a verdict in excess of $1 million for a client.

When you need a lawyer, you want to know about their practice before retaining them. You can check my practice out by looking at reviews from former clients and my peers and reviewing settlements and verdicts for prior clients on the following pages: