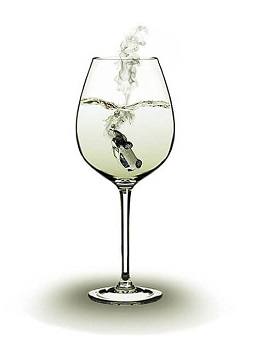 I’m Ed Smith, a Stockton personal injury lawyer. Drunk driving is a major concern among motorists and is responsible for thousands of accidents every year. In addition to the fatalities and injuries caused by drunk drivers, the economic cost is staggering. Recently, the National Academies of Medicine, Engineering and Sciences made recommendations aimed at lowering the number of drunk drivers on the nation’s roadways, in effect lowering the number of injuries and casualties.

The three national academies made several suggestions, which the organizations hope will be instituted in states around the country.  The first recommendation is to lower the blood alcohol levels that indicate drunk driving from 0.08 percent to 0.05 percent. In addition, the academies believe that taxes on alcohol should be raised significantly, and treatment should be provided for alcohol addiction.  They also recommend that ignition interlocks should be required for all offenders that include breath analyzers that will not allow the vehicle to be started if the driver shows signs of alcohol use.

According to the California Office of Traffic Safety, there were 2,271 injuries and fatalities attributed to motor vehicle accidents in Stockton in 2015. Drunk driving was deemed to be a factor in 188 of those accidents, which placed Stockton in seventh place among 15 similar-sized cities in California. Arrests for DUI in Stockton that year totaled 352, which placed the city in the fourth position among 15 cities. The number of accidents resulting in fatalities and injuries was significantly lower than in 2014 (35), the number of arrests was higher (426). San Joaquin County showed 523 injuries and deaths caused by drunk driving in 2015, with 383 the previous year.

The National Highway Traffic Safety Administration reported 10,497 deaths around the country in 2016 where drunk driving was a factor. This represented 28 percent of all traffic fatalities and averaged one death every 50 minutes. The numbers include motor vehicles (21 percent), motorcycles (25 percent), light trucks (20 percent) and large trucks (2 percent).

How a Personal Injury Lawyer Helps

Personal injury lawyers help people who are injured through someone else’s negligent actions, such as drunk driving, obtain compensation for those injuries. In that way, expenses associated with the accident can be paid without a financial outlay from their own pocket. For example, any medical bills caused by the injury can be reimbursed, including doctor bills, medical tests, rehabilitation expenses and out-of-pocket expenses. Many people who are injured are unable to go to work for some period of time. Some may never be able to return to their old job or may suffer traumatic injuries that prevent them from ever working again. Others suffer emotional problems from an accident that can include nightmares, sleeplessness, anxiety and other symptoms, even post-traumatic stress disorder. An experienced injury lawyer can investigate the accident independently, collecting evidence and preparing a strong case for reimbursement of those expenses, and personal injury lawyers do not charge anything until the case is won.

I’m Ed Smith, a Stockton personal injury lawyer. Drunk driving causes many accidents each year and results in injuries and deaths. If you or someone you love has been injured or lost a family member, call me at (209) 227-1931. I am available to offer you my friendly advice at no cost. I can also be reached at (800) 404-5400 or through my online form at AutoAccident.com.

I belong to the Million Dollar Advocates as a California member. This forum allows trial attorneys with million dollar client settlements and/or verdicts to join.

Having information about the practice of an injury lawyer and client satisfaction is important when seeking legal representation. You can look over my clients’ reviews at:

Added information on some of my firm’s earlier cases and their results can be found at Verdicts and Settlements.