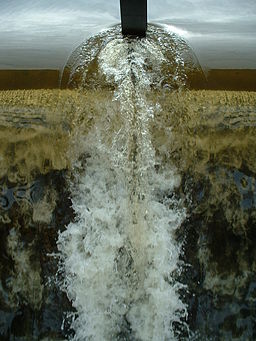 I’m Ed Smith, a Sacramento Airplane Crash Lawyer. At the beginning of August, we covered the emergency landings and injuries of a JetBlue flight bound for Sacramento that landed after encountering severe turbulence. Twenty-two passengers and two members of the flight crew were injured before the plane made an emergency landing in Rapid City, South Dakota. This was just one of the estimated 5,500 reports of “severe or greater” turbulence US flights encounter each year. Two weeks ago, though, Delta Airlines introduced a new mobile app which may help decrease the number of turbulence-related injuries in some areas.

On 30 August, Delta Airlines released the Flight Weather Viewer app to the open source markets. The app allows pilots to see real-time turbulence reports from other aircraft while also providing weather reports and turbulence forecasts at a faster rate than air tower updates. The Flight Weather Viewer differs from other available programs, though, by providing specific turbulence forecasts based on the aircraft, an important variable in estimating the effects of turbulence.

Total, US aircraft experience 65,000 incidences of moderate or greater turbulence each year. The injuries from these encounters range from minor scrapes and bruises to broken bones and debilitating spinal and head injuries. In a 12 November 2001 aircraft accident, all 251 passengers and 9 crew members were even killed after severe turbulence post-takeoff caused the American Airlines plane to crash outside of New York, New York. Although this case is certainly severe, it is not the only turbulence-induced fatality and simply shows how dangerous the air can really be.

What is Turbulence and How Can it Hurt You?

Turbulence is a consequence of the wind’s energy acting upon the aircraft. It is caused by the terrain, thunderstorms, and basic weather systems. When this energy hits the plane, it can move up to 6,000 feet up and down in the air, throwing passengers to the ceiling of the aircraft. Thrown passengers account for many of the spinal injuries, as seen in August 2010 when a Scandinavian Airlines flight attendant was hospitalized after hitting the ceiling of the plane. In the United States, a man recently won a lawsuit against airline after he was thrown from his seat into the bottom of the luggage compartment, injuring his head, neck, and spine.

Passengers on Recent JetBlue Flight Received No Warning About Turbulence Ahead

The JetBlue incident represents a case where the passengers and crew received no warning of the upcoming turbulence before the plane experienced it. Pilots typically have some warning that turbulence is ahead; as a result, passengers are typically seated with their seatbelts on. In these cases, unsecured luggage is the likeliest cause of injury. In other cases, planes encounter unexpected turbulence or turbulence more severe than forecasted. Most serious injuries occur in these cases.

The Costs of Turbulence

The cost of these turbulence accidents are high, with an average $200 million industry wide cost. Of this estimated $200 million, approximately $35 million is spent on crew and passenger injuries. These costs stand to rise, as National Transportation Safety Board (NTSB) and Federal Aviation Administration (FAA) reports show negligence in many of the flights where turbulence caused injuries.

The Risk to Californians

Much of the clear-air turbulence that surprises pilots arises from thermal energy; these waves are difficult to detect and Delta’s new app will likely be of little use in the case of thermal wave-induced turbulence. The California Central Valley in the summer regularly experiences 100 degree weather that threatens to pitch the aircraft and severely injure passengers; therefore, the new app will do little to help Californian flyers. With the potential for injury and the associated costs, it is important that all passengers remain aware of the hazards of turbulence and their recourse in the case of injury.

I’ve been helping Northern California residents and their family members recover compensation for their personal injuries and wrongful deaths since 1982.

I belong to the Million Dollar Advocates Forum. We are a fellowship of top US trial lawyers with multimillion dollar verdicts and settlements.

Click on my results here: Past Verdicts and Settlements.