One of the important factors in any personal injury claim is determine “liability,” or responsibility for the injury. Typically, personal injury claims will involve situations in which one person was negligent, and that negligence establishes that person’s liability for the injuries caused to other people in the incident. Often, that negligence is crystal clear. If one car is stopped waiting at a red light and is suddenly rear-ended by a second vehicle, the driver of that second vehicle will almost always be the person found “negligent” or “at fault” for causing the collision.

But this isn’t always the case. Imagine, for example, a driver preparing to enter a roadway from a parking lot — there appears to be an opening in traffic for him to safely enter, but as he drives forward he collides with another vehicle that was speeding down the road. In this situation, the driver entering the road should have taken more time to observe traffic to be certain it was safe to move forward, but the speeding driver should also have been operating his vehicle within the speed limit.

Or consider a pedestrian in rainy weather who is running toward a store entrance to get out of the rain. Unfortunately, the store’s employees forgot to put out rainmats at the entrance that day, so the pedestrian reaches the wet, slippery walkway and suddenly falls and is injured. The employees obviously forgot an important safety device, but the pedestrian herself probably shouldn’t have been running in conditions where the walkway could forseeably be especially slippery. 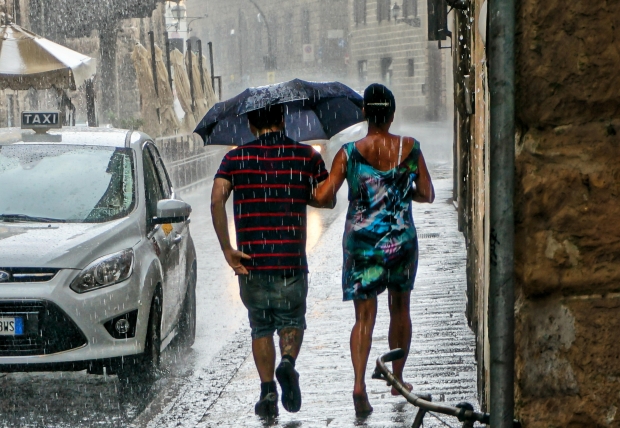 In these instances and many others, more than one person may be found to have been negligent or at fault for the injury that resulted. Sometimes the injured persons and their attorneys may reach agreement with the opposing insurance companies about the degree of fault, splitting the percentage of fault among the two or more parties found to be responsible. Where there is no agreement, however, it eventually may become the responsibility or an arbitrator or jury to determine those percentages. Comparative negligence and contributory negligence are legal concepts that attempt to address these situations.

Contributory negligence is a concept that is the law in only a handful states — it says, in essence, that if an injured person is even only minimally responsible for his or her own injury, they may not recover damages from other persons or parties who were negligent.

The most common rule is one called “modified comparative negligence,” in which an injured person is only prevented from recovering in situations where he or she was more than either 50 percent or 51 percent responsible for their own injury.

The version of this rule which is the law in California and several other states, however, is one called “pure comparative negligence” or “pure comparative fault.” Under pure comparative negligence, the particular percentage of negligence that the injured person may bear for his or her own injury doesn’t act to bar them from recovering for that injury. Rather, that percentage is applied to the gross value of their damages in order to determine a net value or award or verdict against the other person(s) responsible for the injuries. So if the pedestrian unwisely running on slippery ground in rainy weather is found to have 40% comparative negligence for his injury, and the total value for his damages is $10,000, that figure is reduced by 40% to $6,000 that must be provided as compensation.

If you or a loved one has suffered a traumatic injury caused by negligence, even one for which you may have comparative negligence, call me now at 916.921.6400.