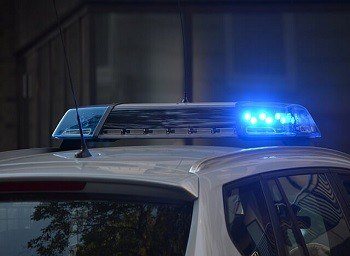 Sacramento hit and run – A three-vehicle collision ended in reported injuries, while one of the drivers fled the scene in a Sacramento hit and run on September 9, 2018. The California Highway Patrol (CHP) reported that tow trucks and paramedics were needed at the site of the accident to remove vehicles and tend to injuries. It is unknown at this time whether authorities caught up with the hit and run driver. The extent of injuries to those who were involved has not been released as of the time of this report.

Details of the Sacramento Hit and Run Accident

According to the report by the CHP, the accident happened along Madison Avenue eastbound, just west of Manzanita Avenue in North Sacramento shortly before 10:00 in the morning. This is when a Dodge Durango, Toyota, and an unidentified 4-door sedan collided. One ended up over the curb and onto an embankment, while the other blocked lanes of traffic. One reporting party stated that he had the traffic accident on video, which should be helpful to authorities in sorting out how the collision happened. The third vehicle that hit and ran was reported as heading south along Hackberry Lane.

What to Do Following a Hit and Run

Having the most information possible following a hit and run collision can help make the difference between finding the offender and not. Police and your lawyer rely on this information to catch that person. Following are suggestions on what you can do to help:

Why Drivers Hit and Run

According to the American Automobile Association, in all types of accidents, one out of every ten drivers flee the scene. Hit and run drivers are responsible for about 1,500 traffic accident fatalities each year, and the main reason they run is that they do not want to face the responsibility for their actions. The following behaviors may contribute to a hit and run:

As a Million Dollar Advocates member, I join a forum of trial attorneys limited to those who have obtained a verdict or settlement of more than $1 million for a client.

To find out more about my law firm, please visit the following sites: