By the late 1980s, states in the U.S. began adopting a variety of bicycle helmet laws to improve safety and reduce serious injuries. Studies have found that helmets can reduce reduce the occurrence of head injuries by about half and the frequency of neck or facial injuries by about one third. These studies are not without controversy, however, as other studies and anecdotal data indicate there may be much less protection from helmets. Currently, more than 20 states have some form of a statewide bicycle helmet law and hundreds of cities have individually adopted similar requirements. Only about a dozen states have neither statewide nor local bicycle helmet laws. 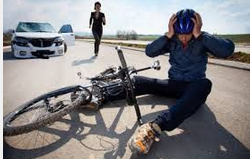 Since 1999, standards for helmets in the United States have been mandated by the Consumer Product Safety Commission. The primary protection offered by this type of helmet is a reduction in impact acceleration to the head from an inner liner of polystyrene that absorbs energy as it crushes, similar to how a car’s structure is designed to absorb energy by crushing so as to protect its occupants. In order to offer this crush protection, however, it is crucial that bicycle helmets be in good condition (no prior impacts) and properly fitted to each individual rider’s head. Unfortunately, this often doesn’t happen — one study published in 2003 found that although nearly three-quarters of the studied children reported wearing helmets when bicycling, more than 90% of children had helmets with either condition and/or fit problems. When the fit of the helmet had been selected by the parent alone without any expert input, none were found by the study to fit properly. Expert assistance is key. 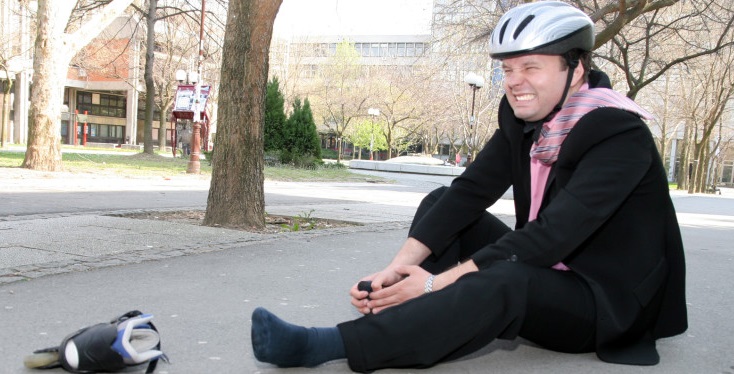 In California, anyone under age 18 using a bicycle, scooter, skateboard, or inline skates is required to wear a helmet. (And a few cities have additional requirements.) From time to time, more stringent bicycle helmet laws have been proposed, such as Senate Bill 192 put forward in 2015 that would have required helmets for all adult bicyclists in California — what would have been a first for a state in the U.S. That bill produced considerable backlash, and was subsequently changed from requiring helmets to merely calling for further study of helmet use.

If you or a loved one has suffered a traumatic injury while riding a bicycle or other incident caused by negligence, call me now at 916.921.6400.