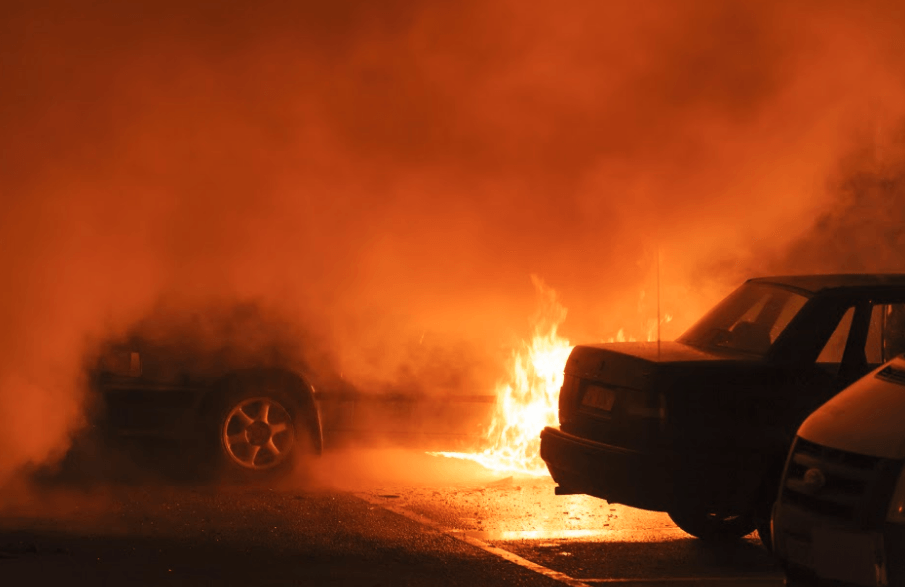 Fiery Vallejo Crash Leaves One Fatally Injured – Officers of the Vallejo Police Department (VPD) reported that a tragic collision took place in Vallejo on Monday, September 10, 2018. The crash involved a single vehicle occupied by two individuals, a mother and child of unspecified age. According to reports, the mother was killed during the accident. The child suffered injuries as well but thankfully survived the crash and was not seriously hurt. So far, officials have not reported the identity of the fatally injured woman.

My deep sympathy and prayers are with both the child and it’s mother’s loved ones following their terrible loss.

According to VPD reports, the crash took place just before 11:20 p.m. A Nissan Sentra had been traveling north along Sonoma Boulevard when it suddenly veered and went off the road. After leaving the roadway, the car struck a nearby tree and almost immediately caught fire. Further information about events leading up to the crash has not yet been reported.

VPD stated that a good Samaritan at the scene of the crash rushed to the accident scene to help. The man was able to remove the child from the vehicle but sadly was unable to help the driver. When responders arrived at the accident scene, they declared the driver officially dead. The child was taken to an area hospital for treatment. Medics stated that the child suffered minor burns and lacerations during the incident. After being treated at the hospital, the juvenile was put in the custody of Child Protective Services.

Investigators of VPD say that they are trying to understand why this accident happened. However, there are no suspected causes in any reports. Common causes of single-vehicle accidents include phantom drivers, medical emergencies, defective car parts such as brake lines or accelerator pedals, hazardous roads, and more.

After a fatal auto accident, families often don’t know how they will be able to go on with their lives. Not only is it emotionally difficult to lose a loved one, but it often also causes serious financial hardship. For these reasons, families of decedents can usually recover money for their losses in accidents caused by negligence. This is done through a “wrongful death claim.” However, not all of these cases are the same, and it is a good idea to get in touch with an experienced Vallejo wrongful death lawyer to know what your options may be.

I’m Ed Smith, a Vallejo wrongful death lawyer. The loss of someone you love can be extremely difficult. If a fatal accident has affected you, please reach out to me for free, friendly case advice. I’m available at both (707) 564-1900 and (800) 404-5400. You can also reach me online by using my website to send me a message.

I’ve represented residents of Vallejo and Solano County in wrongful death and personal injury cases since 1982.

Feel free to look through our Verdicts and Settlements and read reviews written by my valued clients:

I’m in the Million Dollar Advocates Forum. To be included in MDAF, a trial lawyer must have previously won or settled a case that exceeded one million USD in value.