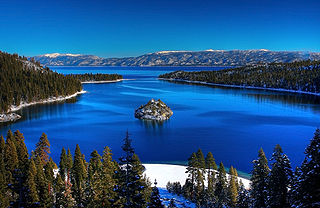 A man was killed after he lost control of his vehicle on the evening of Sunday, July 23.

David Martin, 62, from Woodacre, California was traveling along State Route 88, just west of the Carson River Bridge when he started to leave the roadway while going through a turn. News reports indicated he jerked the steering wheel to correct himself but this caused the car to lose control and its grip on the road. David then completely left the road and flipped over after hitting a rocky embankment with his 2001 BMW. Sadly, he was pronounced dead at the scene.

We extend our sincere sympathies to the loved ones and friends of Mr. Martin for this tragic loss.

This latest crash is one of many that have happened over the last few months in the South Lake Tahoe area. As the weather warms up, many tourists head to this area for its many outdoor recreational activities. Please be careful and stay alert while driving.

A driver fell asleep at the wheel along Black Bart Avenue and ended up crossing over into the opposite lane where they struck an oncoming Uber driver with a car full of passengers. Some people say the Uber driver was speeding which may have caused them to be unable to move out of the way of the drifting car.

Two vehicles collided head-on while on Kingsbury grade on Nevada State Route 207, descending into Carson Valley. A small Scion car drifted across the yellow lines and smashed into a Ford F-150 heading the opposite direction. Both the driver and passenger of the Scion were killed in the impact along with a dog that was found by emergency personnel inside of the vehicle. The driver and passenger of the Ford pickup truck were injured severely but were sent to a hospital and are expected to survive by the California Highway Patrol.

Another head-on collision ended with a fatality near Cave Rock on Highway 50. A woman driving under the influence was behind the wheel of a Volkswagen Passat when she could not stay in her lane while going around a corner and crossed into oncoming traffic. She drove straight into a minivan and killed the woman sitting in the front passenger seat. The woman who died was actually visiting from Thailand. The rest of the people in the minivan were sent to a nearby hospital with injuries along with the driver of the Passat who will be arrested and charged with DUI and manslaughter upon recovery of her injuries.

I have helped people from South Lake Tahoe and all over Northern California since 1982, check out my previous verdicts and settlements.

I have also created autoaccident.com, a valuable resource for anyone seeking legal advice after an accident. Along with information about the areas I practice in, the website has a blog with accident reports and educational information with new articles uploaded daily.

I am a Million Dollar Advocate. Advocates who have been admitted to this forum have won verdicts in excess of $1 Million Dollars.