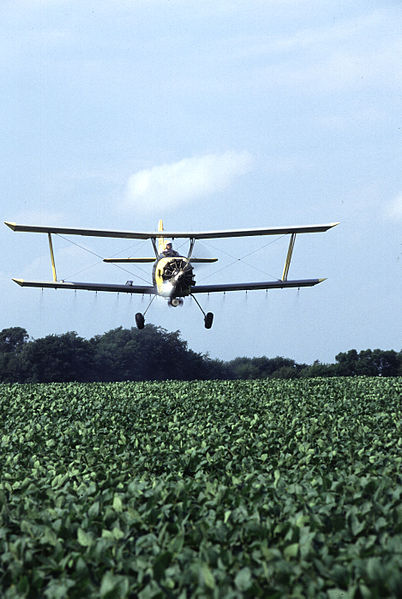 I’m Ed Smith, a Sacramento Crop Duster Accident Attorney. New information is emerging about the fatal collision of two crop dusting aircraft nearly two months ago in Yolo County. In the early morning hours of Saturday, 23 July 2016, two Air Tractor crop dusters collided near Zamora, California. One pilot was able to land his aircraft in a nearby field, while the second pilot was pronounced dead at the accident scene.

Who Were the Pilots and Who Owned the Planes?

The pilot killed in the accident was Javone Logan Cowan, a 25-year-old man from Rio Oso in Sutter County. Based on the tail numbers of the aircraft involved, Cowan’s airplane was registered to Farm Air Flying Services operating out of Sacramento, California.

A second, unidentified pilot was flying on behalf of Growers Air Service, a crop dusting company operating out of Woodland, California.

Based on current reports, at approximately 7:45 am, the Growers Air Service pilot noticed Cowan’s aircraft approaching from his right side and began to ascend to avoid collision. Cowan’s plane, however, struck the underside of the other aircraft before striking the ground. The other pilot was able to regain control of his craft and make an emergency landing in a nearby field approximately half a mile away.

Four days after the accident, the National Transportation Safety Board (NTSB) and the Federal Aviation Administration (FAA) said they were still in the early stages of their investigations. Following protocol, they said that an initial accident report would be posted to their website within ten days of the accident.

There is no word on when the final reports will be issued. No criminal charges have been filed in the case.

Regardless of experience, crop duster pilots then fly patterns far below the normal above-ground-level heights at which most pilots operate. This adds additional hazards like power lines, and farm structures to the ever present flight hazards of birds, drones, and other manned aircraft. Despite the long list of hazards crop duster pilots face, accidents like the one above typically have different causes: pilot error and poor aircraft maintenance.

A 2014 NTSB report found that pilot fatigue and exhaustion account for many aircraft accidents each year. Although there are strict regulations in place to reduce pilot fatigue for commercial airlines, there is little guidance on how many hours is too many for agricultural pilots. Beyond pilot fatigue, ag pilots are often found to take far greater risks than most other categories of pilots, furthering increasing their risk of an accident.

If You Are Injured in A Crop Duster Accident

Injuries resulting from crop duster accidents can range from minor bruises and broken bones to spinal injuries and even death. Some of the most severe injuries actually come from people on the ground struck by falling debris.

I have helped Northern California families with their wrongful death and personal injury cases for over 3 decades.

Read more about us here.

You may read our client reviews on: Avvo (the website for attorney ratings), Yelp and  Google Plus.

Browse my extensive Past Verdicts and Settlements here.