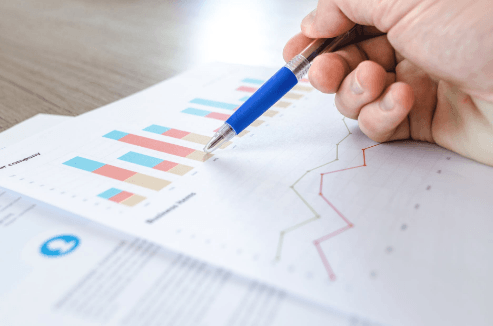 I’m Ed Smith, a Vacaville wrongful death lawyer. Vacaville is one of Solano County’s largest cities and is the home of nearly 100,000 people. Because of this, Vacaville’s roadways see a large amount of vehicle traffic every day. Unfortunately, where there is traffic, there is also the potential for accidents resulting in serious injury and, in the worst cases, death. However, by knowing how and why fatal accidents take place on roadways in your city, you can drive more safely and reduce the risk of being involved in a tragic collision. Area residents may be interested in the below statistics regarding fatal accidents in Vacaville.

According to research data released from UC Berkeley, 2860 injury-causing vehicle accidents took place in Vacaville between January 1, 2007, and December 31, 2017. Out of these 2860 crashes, 50 resulted in one or more fatal injuries. This means that about 1.75 percent of traumatic collisions in Vacaville were fatal, which is about the same as the rate for Solano County as a whole (1.84 percent).

Out of Vacaville’s fatal crashes, three involved bicyclists, seven involved pedestrians, 13 involved motorcyclists, and the remaining 27 involved either regular passenger vehicles, semi trucks, or both. Additionally, around half (46 percent) of these crashes occurred on a state highway within the city.

By far, the leading cause of fatal accidents in Vacaville has been driving under the influence of intoxicating substances. DUI has accounted for nearly one-third of all fatal crashes in Vacaville for the past eleven years. Notably, for non-fatal accidents, DUI was the fifth most common cause and only accounted for 9.43 percent of crashes. This means that fatality accidents were more than three times as likely to involve an intoxicated driver than less severe crashes.

The next-most-common causal factor, speeding, was nearly half as deadly as DUI and only caused 18 percent of the crashes in question. Other common fatal accident causes included improper turning, pedestrian violations, and vehicle right-of-way violations.

Some locations on the road can be more dangerous than others. This happens for various reasons including things like potholes, dangerous roadway designs, heavy pedestrian or vehicle traffic, and poor visibility. For one reason or another, these locations in Vacaville saw a high number of fatality accidents during 2007-2017:

I’m Ed Smith, a Vacaville wrongful death lawyer. When auto accidents occur, the consequences can be devastating. If you’ve lost someone in a crash, call (707) 564-1900 for free, friendly case advice. Additionally, you can reach me at (800) 404-5400 or through AutoAccident.com.

Since 1982, I have helped people living in Vacaville to claim fair payments for personal injury and wrongful death damages.

Learn more about my past successes here: Verdicts and Settlements.

To read what my clients have said about my work, go to:

I’m a CA Million Dollar Advocates Forum trial attorney. Lawyers in this group have all won or negotiated a settlement which exceeded $1,000,000 in value.

My website is the best resource in Northern CA for personal injury and auto accident information – AutoAccident.com.