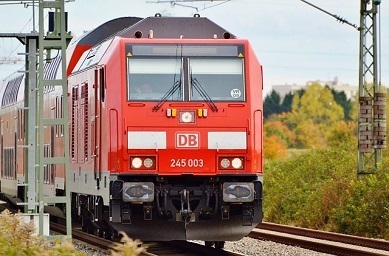 I’m Ed Smith, an Elk Grove wrongful death lawyer. When train accidents happen, they frequently result in massive numbers of injuries and wrongful deaths. When negligence is involved, common carrier laws can be used to file against the train company‘s heightened duty of care.

Although train accidents in California do not happen frequently, when they do, they result in devastating consequences. In Chatsworth, California, in 2008, the engineer on a Metrolink train ran into a freight train. In the investigation into the crash, it was discovered that the engineer had been texting at the time and missed seeing the stop signal. The crash resulted in 135 injuries and 25 fatalities, according to a news report by the Los Angeles Times. A train crash in Glendale, California, in 2005, killed 11 persons and injured another 180 people. The crash occurred when a Metrolink crashed into an SUV that had been abandoned by the driver, who had attempted suicide, according to Fox News. The collision caused the train to derail, sending it into a locomotive that was parked.

In the year 2008, Congress mandated that positive train control (PTC) be installed on train lines. These included main train lines between cities and commuter trains as well as servicing trains carrying hazardous substances. This technology was to be fully functional by the end of December 2015. That deadline was extended to the end of 2018.

What Is Positive Train Control?

This technological system is able to stop a train before a collision occurs. Using sensors and GPS, PTC is able to judge the train’s distance from specific points on the track, using locational radio frequencies and track data. It alerts the train’s engineer to slow the train, providing the engineer with information concerning track conditions and speed limits. If the engineer does not slow down, the system is able to apply the brakes, causing the train to stop. This can be used to:

The PTC system is expected to be used nationwide.

Because of the sheer size and speed of a train accident, injuries can be devastating. Passengers can suffer:

Under common carrier laws, a train line has a duty to keep passengers safe. This is true of all common transportation systems, including buses and trains. The company that operates the train line is responsible for damages if an engineer was at fault or if precautions were not used to prevent a crash. Other negligence such as operating the train at a higher speed than is considered to be safe is also taken into account.

I’m Ed Smith, an Elk Grove wrongful death lawyer. Losing a loved one in a train accident is a devastating experience. If your loved one was lost because of a negligent train engineer or negligence on the part of the railroad, call me at (916) 694-0002. Outside the calling area, you can access my office toll-free at (800) 404-5400. My advice to you is free and friendly.

I’ve worked as an injury lawyer, representing residents of Elk Grove and Northern California who have suffered traumatic injuries or lost a loved one through wrongful death since 1982. I also handle other types of personal injuries such as motor vehicle accident injuries, truck, motorcycle and brain injuries.

Feedback from clients can be found at:

Feel free to look over some of my previous cases and their conclusions at Settlements and Verdicts on my website, AutoAccident.com.

I’m a Million Dollar Advocates member. This forum only allows membership from those trial lawyers with $1 million verdicts/settlements for clients.